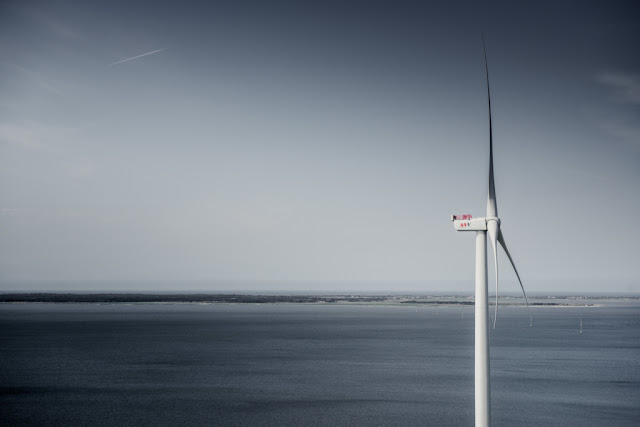 The new V164 can reach a rated power of 9 MW depending on specific site conditions. The increased energy production per wind turbine will add greater value for many projects and save on Capital Expenditure (CAPEX) costs as fewer machines will be needed to meet the park capacity.

“We are committed to delivering turbine technology that is in line with the development of our industry, based on our 20+ years of offshore experience. Reliability remains a key enabler, and our approach to developing our existing platform supports this strategy,” said Torben Hvid Larsen, CTO.

“Our prototype at Østerild sets yet another record for power production, producing 216,000 kWh over a 24 hour period. We are confident that the 9 MW machine has now proven that it is ready for the market and we believe that our wind turbine will play an integral part in enabling the offshore industry to continue to drive down the cost of energy.”

The 9 MW wind turbine is part of the product portfolio designed to deliver affordable offshore wind power. The turbine is based on the V164-8.0 MW, a machine already installed at the 258 MW Burbo Bank Extension, and which has a firm order book of over 1.6 GW.

Installation of the first project with the most powerful serially produced turbine was successfully completed on 14 December 2016, utilising the V164-8.0 MW. MHI Vestas has further developed this platform in a continued commitment to deliver affordable offshore wind power.

About MHI Vestas Offshore Wind
MHI Vestas Offshore Wind is a joint venture between Vestas Wind Systems A/S 50% and Mitsubishi Heavy Industries (MHI) 50%. The company’s sole focus is to design, manufacture, install and service wind turbines for the offshore wind industry. The company aims to drive down the cost of energy from offshore wind parks by driving capital and operating savings, and increasing output of wind turbines by bringing the best technology to the market. The company is founded on collaboration, and creating powerful partnerships with key stakeholders will be the cornerstone of its business model.