Offshore wind developers really wanted this one. After 33 rounds of bidding and a final $42.5 million price tag, Statoil won the rights to develop an offshore wind farm off the southern coast of Long Island. 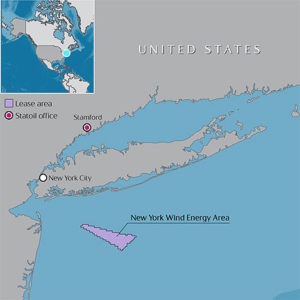 Six entities fought for the rights over two days, and Norway’s Statoil came out on top. Already an offshore wind owner in Europe, Statoil has now joined the U.S. market.

“This auction underscores the growing market demand for renewable energy among our coastal communities,” said DOI Secretary Sally Jewell. “It not only marks another milestone for the U.S. offshore wind energy program, but also demonstrates how our collaborative efforts with state, local and private-sector partners can advance a clean energy future in the United States.”