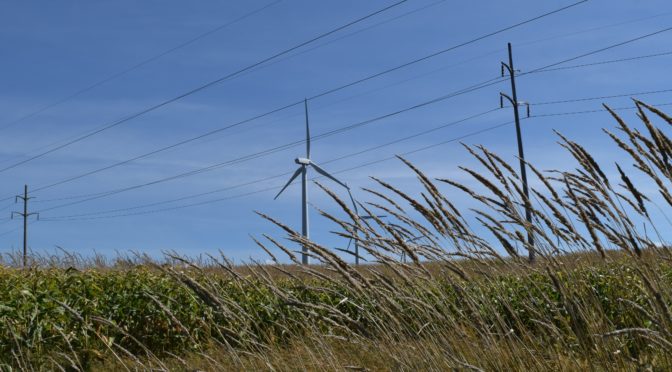 After eight years of review from federal agencies, the Bureau of Land Management (BLM) has approved routes for two new transmission projects which will carry renewable energy across the mountain west, desert southwest and California. U.S. Secretary of the Interior Sally Jewell also inked a formal agreement with California Gov. Jerry Brown to bolster wind, solar and geothermal projects after the presidential transition next month.

The TransWest Express, first outlined in 2007, stretches 730-miles from the proposed Chokecherry and Sierra Madre wind farm in Wyoming through Utah and Colorado, reaching the extensive energy appetite of Las Vegas. Adding 3,000 megawatts (MW) of transmission capacity, the three-year construction project is predicted to create 1,500 jobs each year, according to BLM. More than half of the lines will cross BLM-managed land.

The second transmission project approved by BLM, Energy Gateway South, will be developed by PacifiCorp and boasts an estimated 1,500 MW capacity. Beginning in Southeast Wyoming, the transmission lines will connect to Mona, Utah.

Together, the two projects could support more than 26,000 construction and operations job, according to BLM.

“These efforts strengthen our commitment to work with state and local communities to unlock the West’s abundant renewable energy resources, create jobs and support development that makes sense for both the economy and the environment,” Secretary Jewell said.

The new transmission lines will offer an abundance of clean energy to Western consumers, and it may help some states, including Utah, Colorado, Nevada, Arizona and California, reach their Renewable Portfolio Standards. Studies show that transmission projects like these more than pay for themselves. Similar upgrades in the Southwest Power Pool and Midcontinent Independent Systems Operator saved customers between $800 and $1,000 each, while the Brattle Group found consumers could save up to $47 billion every year from improved transmission planning.

Since 2009, BLM has approved 11 new wind energy projects. BLM also plans to develop a wind resource mapping tool to streamline the process of identifying sites with the highest wind energy potential and lowest environmental risk. Combined with the new transmission routes, these wind energy projects and tools may help the nation reach 20 percent electricity from wind by 2030. That will create more jobs and bring more low-cost energy to millions of Americans, but expanded transmission will play a key role in making it happen.