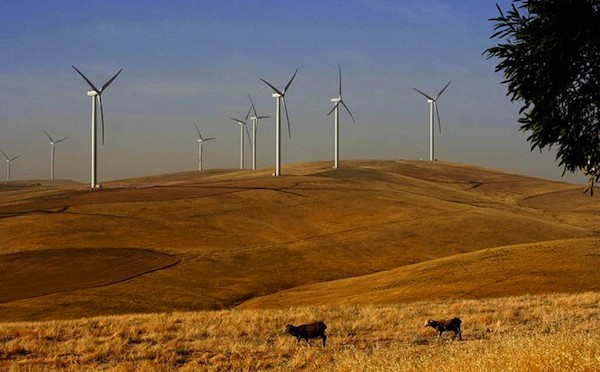 TERNA ENERGY, member of GEK TERNA Group, signed a cooperation agreement with Copenhagen Infrastructure Partners (CIP) regarding the investment plan of TERNA ENERGY in the market of Renewable Energy Sources in the USA.

The first phase of the agreement’s implementation concerns the 155.4MW Fluvanna I wind farm that TERNA ENERGY is currently constructing in Scurry Country of Texas. CIP will contribute $61 million to cover part of the development cost.The total investment in the project exceeds $250m. Goldman Sachs will also be participating contributing funds of up to $150 mil during operation while financing during construction will be covered by a group of banks such as HSBC, NordLB, Morgan Stanley and Rabobank.

Fluvanna I uses GAMESA wind turbines and is expected to commence commercial operations in Q4, 2017.

It is reminded that TERNA ENERGY already operates a wind park of 138MW in Elmore County, Idaho, whereas it pursues additional investments in the US renewables market including the construction of another wind park (Fluvanna II, 130 MW), for the construction of which CIP has also expressed interest to invest in.

The total installed capacity of TERNA ENERGY Group accounts for 738 MW. The Group has installations of 468 MW in Greece, 138 MW in the USA, 102 MW in Poland and 30 MW in Bulgaria. At the same time, the Group has RES installations currently under construction or ready for construction with a capacity of 242 MW, in Greece and abroad. Overall, the Company operates, is constructing or has full licensing of 980 MW of RES installations in Europe and America. The Company is targeting to reach almost 1,000 MW of RES projects in operation in all countries it activates over the following years.