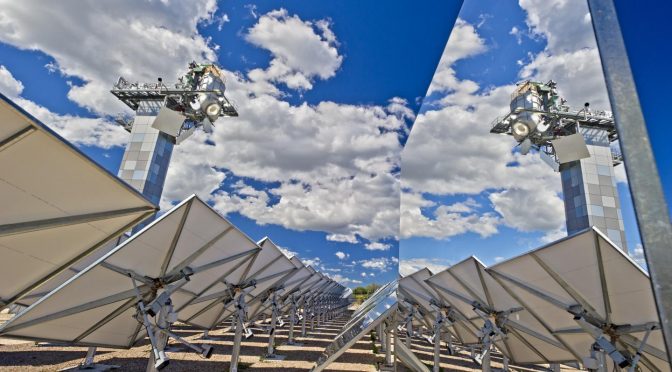 Australia’s solar heliostat technology will be used for concentrating solar thermal (CST) electricity generation in China.In continued emphasis on mitigation and adaptation, CSIRO has partnered with Chinese company Thermal Focus, following China’s announcement to produce 1.4 GW of CST by 2018, and 5 GW by 2020. This would double the world’s installed CST plants. 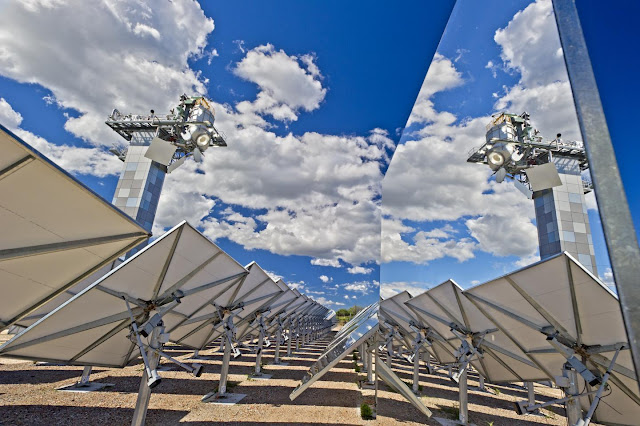 “This is another great example of all four pillars of our Strategy 2020 in action; using excellent science to deliver breakthrough innovation, and through global collaboration, increasing renewable energy deliverables.

“Through this collaboration and our continued solar research, we will be helping to generate cleaner energy, cost savings and technology export benefits for Australia; all lowering global greenhouse gas emissions.”

Solar thermal technology uses a field of computer-controlled mirrors (heliostats) that accurately reflect and concentrate sunlight onto a receiver on top of a tower.

The concentrated sunlight may then be used to heat and store hot molten salt, which can generate superheated steam to drive a turbine for electricity generation.

An advantage of this system is the very low cost of storing thermal energy, giving CST technology great potential for medium to large-scale solar power, even when the sun isn’t shining.

A heliostat field can represent up to 40 per cent of the total plant cost so low cost, high precision heliostats are a crucial component.

CSIRO’s unique design features smaller than conventional heliostats, and uses an advanced control system to get high performance from a cost-effective design.

CSIRO’s software optimises the configuration of the heliostats prior to construction and manages each heliostat to ensure the optimum amount of reflected heat is focused on the receiver, maximising the amount of power that can be produced.

“This partnership will help us commercialise this emerging technology on a larger scale.”

The licensing agreement with China’s Thermal Focus is being announced today at the Asia-Pacific Solar Research Conference at the Australian National University.