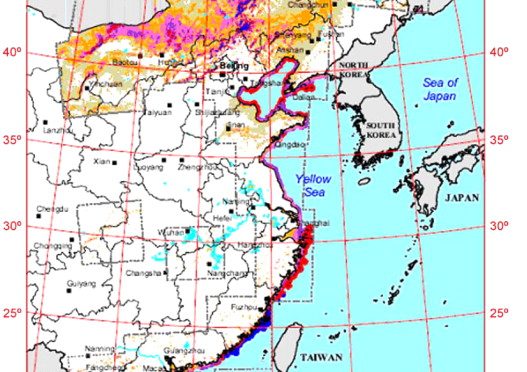 Under the framework of Putian Pinghai Bay Offshore Wind Power Project, the NDB will provide China with a sovereign project loan of RMB 2 billion for Phase 2 (250 MW) of an offshore wind power project proposed to be set up in the Pinghai Bay in Putian, Fujian Province.
The project has one of the largest installed capacities among projects with similar design in China. It is estimated to generate 873 million kWh of electricity every year and to avoid 869,900 tonnes of carbon dioxide emission annually. The BRICS-created New Development Bank (NDB) approved USD 350 million loan for India for Madhya Pradesh Major District Roads Project besides a USD 290 million loan for a offshore wind project in China.
The NDB announced that its Board of Directors (BoD) has approved two loans for projects in China and India – Putian Pinghai Bay Offshore Wind Power Project (RMB 2 billion) and Madhya Pradesh Major District Roads Project (USD 350 million).
The appraised projects were presented at the seventh BoD Meeting held in Shanghai, a press release from the bank said. “The two projects approved today, together with the first set of projects approved by the Board earlier this year, are aimed at meeting infrastructure needs of our members,” said K V Kamath, the President of the Bank.
“All these projects are in line with the Bank’s mission of mobilising resources for infrastructure and sustainable development projects in our member countries,” he said. “With the approval of the two new projects, the total approvals for the first full year of Bank’s operations now stands at seven projects involving financial assistance of over USD 1.5 billion. Currently, the NDB is working on further development of a robust and dynamic project pipeline in all member countries,” Kamath said.
Under the framework of Madhya Pradesh Major District Roads Project, the NDB will provide India with a sovereign project finance facility of USD 350 million for upgrading approximately 1,500 km of major district roads in Madhya Pradesh with a focus on all-weather road availability, improved road maintenance and asset management. The modalities of the two loans are different based on project specific features and borrower preferences. Also, the BoD discussed and approved the Bank’s plans for the next year, including the Funding Plan for 2017 to support lending of USD 2.5 billion and the NDB Budget for 2017. The NDB was created with a vision to support and foster infrastructure and sustainable development initiatives in emerging economies.

The Bank will complement the efforts of other existing financial institutions to realise the common goal of global growth. The founding members of the NDB – Brazil, Russia, India, China and South Africa (BRICS) – have paid in capital of USD 1.5 billion thus far as capital contributions.