For the second year running, the company has been awarded first place in the Top 100 Green Utilities list of Energy Intelligence, which evaluates companies according to their CO2 emissions and their installed renewable capacity. It continues to be the top company exclusively operating in renewables to head the ranking made by the US consultancy.

For the second year running, ACCIONA has once again won the title of “greenest” electric utility in the world, according to the “New Energy Top 100 Green Utilities” ranking published every year by Energy Intelligence, a specialist independent consultant in energy markets. 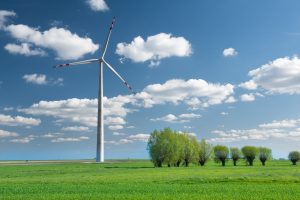 The ranking, which has just been made public in its fifth edition, combines the evaluation of CO2 emissions indexes of companies and their installed renewable capacity. ACCIONA continues to be the first pure player in renewable technologies to hold the world leadership in the classification drawn up by the North American company.

Energy Intelligence selected 100 of the biggest power generators worldwide, with capacity oscillating between 160 gigawatts (China Huaneng) and just under 7 GW (OGE Energy, USA). Overall, the companies analyzed totaled 3,225 GW of installed capacity, or 55% of the total generation capacity in the world (based on 2013 figures from the International Energy Agency).

The analysis of the Top 100 Green Utilities by Energy Intelligence also highlights, among other things, that almost 80% of new electric power capacity installed by the companies appearing in the ranking in 2015 is renewable. The leading European companies occupy 5 of the top 10 positions, and Chinese companies now hold 6 of the 10 first positions in terms of renewable MW installed.