On Thursday, the Swedish company Vattenfall confirmed it would be investing £300 million ($397 million) in an offshore wind farm off the coast of Northern Scotland. The wind power project, due to start generating power in 2018, has had a long, controversial gestation.Trump, who owns land nearby, has also long been a passionate objector to the wind farm project. He thought it would spoil the view from his golf course. 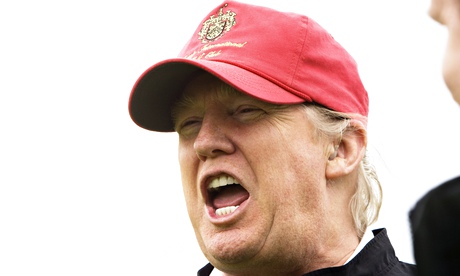 Donald Trump may have been grabbing headlines in Cleveland this week, but over in Europe it looks like he’s just lost an ongoing, albeit more low-profile battle.

Trump first secured a stake in this particular area’s future when he bought an estate 15 miles north of Aberdeen in 2006. To complement golf links already on-site, Trump had planned a huge complex featuring a 450-bed hotel, 950 holiday homes and 500 houses for permanent occupancy. To be fair, a wall of wind turbines looming behind the waves here was never going to be the most easily sold of vacation backdrops. The plans, however, were in the pipeline before Trump bought the site. He must have known what was coming but—this is a guess—gambled on being able to prevent it. If so, that’s a pretty ugly move. 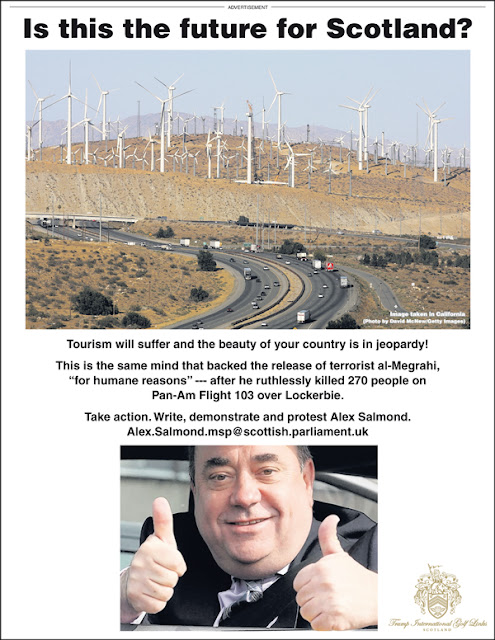 To lodge an objection to a plan that could compromise profits on such a site is nonetheless reasonable, and Trump filed one in 2011. When planning permission was still granted, Trump launched a legal challenge in 2013. This too was rejected, so Trump appealed, and lost again. Still un-deterred, Trump took the matter to the U.K. Supreme Court in 2015. Judges there unanimously rejected his claim last December.

It was quite a journey. A threat to Trump’s bottom line ended up being grandly re-branded by the man himself as a “monstrous” project that would “destroy Scotland.” Even now, Trump hasn’t fully let go. Despite having supported a vote for Brexit, Trump took time out from campaigning Thursday to promise to escalate his objections further, to the European Courts. Showing an impressive degree of gall, his lawyers’ current line of argument is that the technology in question is now dated thanks to the long delays to construction caused by none other than Trump himself.

It’s extremely unlikely that any of this will fly. The European Court has no power to overrule the U.K. Supreme Court and would no doubt struggle to find an objection to their ruling anyway. The project is thus free to go ahead, and the 92.4 megawatt power station could turn out to be quite interesting. It’s not that the turbine configuration itself (reduced in number in a compromise that has satisfied environmentalists) will be especially unusual, but Vattenfall intend to use the site for research and development. They are also investigating ways to make the whole project cheaper, which could help reduce the cost of harvesting renewables elsewhere.

For Scotland in particular, this matters. An autonomous U.K. region currently undergoing another debate on becoming an independent country, its potential economic outlook has been marred by low oil prices. Surrounded by swift, windswept seas, Scotland is nonetheless sitting on a potential renewables goldmine, one that could mitigate (although never replace) its declining oil revenues. Among current projects, it has plans to build the world’s largest tidal power station in the Pentland Firth, and is also pioneering ways to turn excess wind power produced in Orkney to heat local homes. Despite these promising green shoots, some major Scottish wind power projects were recently put on hold indefinitely, following valid objections from environmentalists. Accordingly, Scottish renewables enthusiasts will be watching with interest to see how this new wind farm develops. They may also be hoping that Trump doesn’t buy any more Scottish golf courses.