In South America, Argentina is gearing up to launch an innovative renewable energy programme next month with a public auction to purchase 1,000MW of renewable energy, Climate Action reported.

Dubbed the ‘RenovAR’ initiative, it will include a green trust fund to ensure that potential investors have the necessary confidence and security.

Argentina to ramp up RE developments

According to the climate platform, this programme is in line with the country’s target of having 20% of renewables in the national energy mix by 2025 compared to the current 1.8%.

The government is aiming to add 600MW of wind power, 300MW of solar power, 65MW of biomass, 20MW of hydroelectric plants and 15MW of biogas.

A report published by IRENA last year highlighted that “in 2009 Argentina launched an auction through its national energy company (ENARSA).

“The auction, known as ‘GENREN’ aimed to deploy 1,000MW of renewable electricity capacity distributed among technologies as follows: 500MW of wind energy; 150MW of liquid biofuel-fired power generation; 120MW of solid urban waste; 100MW of biomass; 60MW of small hydro; 30MW of geothermal; 20MW of solar; and 20MW of biogas.

The ‘Trust Fund for Renewable Energy’ (FODER), has been established to support the country’s new programme,  providing payment guarantees for all tendered power purchase agreements as well as project financing assistance, and it has been allocated around the equivalent of £600 million ($778 million), Climate Action explained.

Adding that in September 2015, Argentina passed a law which set up the framework for the country’s energy transition, targeting 8% of renewable energy for the end of 2017 and 20% for 2025.

“The bid documents are to be published on Friday [1 July], and will be available for purchase from the government on July 2. Winning bids will be announced on September 28.” 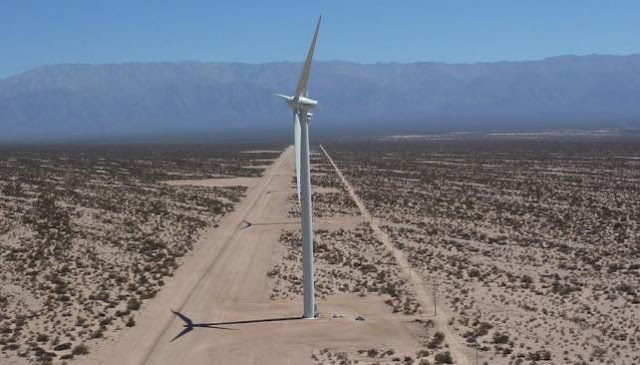 Francisco earned his Industrial Engineering degree from the Buenos Aires Institute of Technology (ITBA) in 2006 and has 7 years experience in renewable energy. He brings experience from wind turbine supply (Vestas) and wind turbine transport, crane and installation (Coamtra). Francisco has over 400MW of wind farm development and construction experience, entirely from executing projects in emerging markets.

Francisco Iacona’s appointment as Country Manager for Argentina demonstrates Modern Energy Management’s support of the government’s ambitious renewable energy plans, and our own vision of growth in the Argentine market. Argentina is considered as having the best wind energy resources in the world. With 70% of Argentina’s territory having measured, mean wind speed at 50m surpassing 6m/s (in the south ranging 9-12m/s) with capacity factors >45%, Modern Energy Management is proud to be a first mover for wind energy Owner’s Engineer and Owner’s Representative services in the Argentine market.