NuCapital Incorporated indicated that they and Aspiravi Antilles NV will invest 36 million dollars in the expansion of the wind farm at Tera Kòrá (western side of the island). 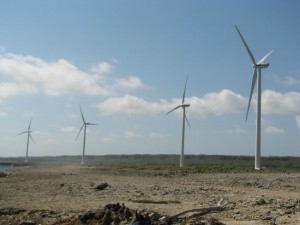 Five new wind turbines must deliver 16.5 megawatts to the current electrical grid by July next year.

The expansion will be named NuCuraçao Wind farms II BV and is in addition to the existing wind farm at Tera Kòrá. Funding for the project is through CIBC FirstCaribbean International Bank. For four years there have been talks about the expansion of the park, which now becomes a reality.