“From the corn fields of Iowa to the windswept plains of Texas, by improving our technology and lowering wind power’s costs we’re saving you money,” said Tom Kiernan, CEO of the American Wind Energy Association (AWEA). “With costs 66 percent cheaper than they were six years ago, wind power is on sale in the U.S. It’s a credit to American ingenuity and manufacturing. We’re celebrating Global Wind Day by sharing this good news far and wide.” 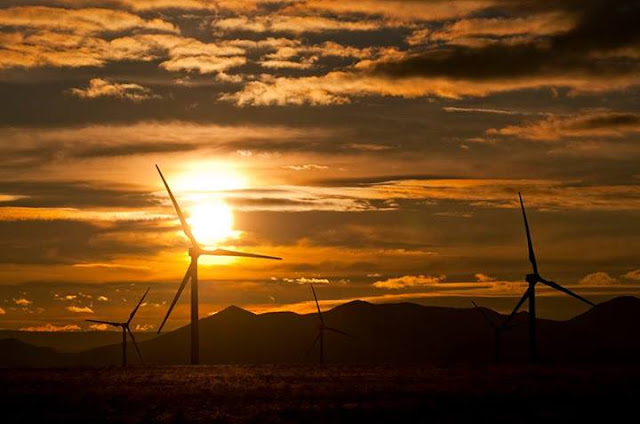 AWEA released its first in a new series of “Wind 101” short videos to mark the occasion. The two-minute “Wind 101: Cost and Reliability” educates viewers about wind power’s decline in cost and how it helps keep the lights on by reliably supplying a growing amount of electricity for homes and businesses. The video can be seen here: http://bit.ly/2383QGv.

These clean energy benefits are good news for the growing majority – 70 percent of likely voters, according to a new Lazard poll – who believe it is “most important” for America to transition to a cleaner, more energy-efficient economy, up from 57 percent in the last election cycle.

“We are getting bigger, better and cheaper. The wind industry has witnessed record growth in recent years, which not only helps the world to meet the climate goals agreed in Paris but also generates much needed new jobs and boosts local economies, to the tune of about $110 billion dollars last year,” said Sawyer.

Advancements in wind turbine technology and a U.S. wind manufacturing sector that’s grown to over 500 facilities in 43 states have made costs cuts possible, and the savings are being passed onto American consumers.

As the U.S. increasingly generates more of its electricity from renewable energy, electricity rates across the U.S. have remained 5.5 percent lower than they were in 2009. According to the Department of Energy’s 2015 Wind Vision report, growing wind energy to 35 percent of the U.S. electricity supply by 2050 will save consumers $14 billion a year with cumulative savings on their electric bills of $149 billion.

These savings add to the long list of economic and environmental benefits created by wind power.

Wind energy also greatly reduces a variety of health-harming air pollutants, including smog-causing sulfur dioxide (SO2) and nitrogen oxides (NOx), which helps reduce rates of asthma and other respiratory issues. Electricity generated by wind in 2015 displaced an estimated 176,000 metric tons of SO2 and 106,000 metric tons of NOx, representing $7.3 billion in avoided health costs last year alone.

Global Wind Day, designated for June 15 every year, recognizes wind power and its potential to change the world with clean, inexhaustible, affordable energy.