Nordex has obtained a new project order in France for 13 N100/2500 turbines. Nordex will supply and install the turbines for the wind farm “Eplessier” owned by one of the funds TTR Energy manages. The company was also involved in this project to support the three shareholders SAB WindTeam GmbH, Syscom Sarl and Loscon as one of four developers, via its distribution channel “Nordex Development”. 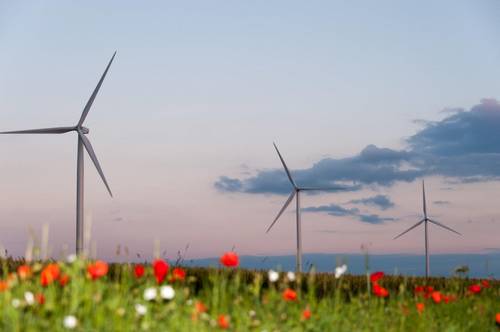 “Eplessier” is located in the northern French region of Picardie, in the Somme area, and the N100/2500 is a good fit for the wind conditions at this particular site. Nordex will begin delivering the turbines, with a total capacity of 32.5 MW in October 2016, with substantial completion scheduled for the first quarter in 2017. Nordex will provide Service for “Eplessier” in the frame of a premium contract for a period of 15 years.

The wind farm was mainly locally developed by Syscom Sarl, a project partner with strong regional integration. Nordex contributed to the project development particularly with their technological and permitting expertise and experience with site optimization. Finally the developer SAB WindTeam GmbH secured the financing during development phase and was in the leading role to structure the sale to the new owner.

The group has installed more than 18 GW of wind power capacity, covering more than 25 markets worldwide. Nordex and Acciona Windpower generated combined sales of EUR 3.4 billion in 2015. The company currently has over 4,800 employees. The production network is comprised of plants in Germany, Spain, Brazil, the United States and soon, also India. The range primarily concentrates on onshore turbines in the 1.5 to 3 MW class, addressing the requirements of developed as well as emerging markets.