A Research Note from Make Consulting examines the dynamic forces affecting the changes in global turbine OEM market share and analyses the leading turbine OEMs in major wind markets. It explores the market trends and implications of technology changes and sales strategies that have shifted the market positions of key turbine OEMs around the world on a country, regional, and global level. The 2015 rankings were not as tight as in 2014, with the spread between the top five turbine OEMs increasing to nearly seven percentage points compared to three percentage points in 2014. Wind turbine manufacturers Vestas and Goldwind have reclaimed the top two positions as the world’s leading wind turbine OEM companies. 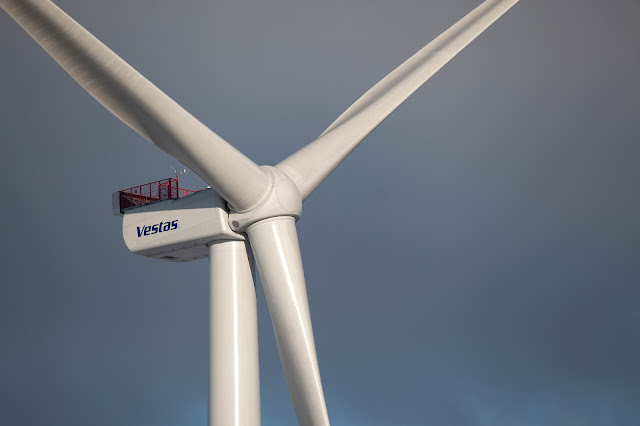 The report also reached the conclusion that “fragmentation and a largely singular market focus prevent Chinese turbine OEMs from moving further up the 2015 rankings despite a record year of growth in China.” Thus, western turbine OEMs accounted for five of the top seven positions, and seven positions in the top 15. These top seven western OEMs added turbine capacity throughout 20 different markets in 2015, whereas Chinese OEMs only reached two markets apiece, focusing primarily on the massive industry growth at home.

Vestas led the way, with capacity added in an impressive 35 different markets, 13 more markets than any of its competitors, and growing more than the other companies to reclaim its top spot, with 7.6 GW of onshore capacity.

Six Chinese turbine OEMs finished in the top 15, thanks in part to Goldwind’s rise to second place, outpacing its nearest national competitor, United Power, by more than 3 GW, and growing on its own 2014 numbers by 2.2 GW.

GE maintained its US dominance, while Siemens relied heavily on its offshore wind turbine market, accounting for 51% of global offshore wind power capacity added throughout 2015.