On the basis of its preliminary unaudited figures, the Nordex Group (ISIN: DE000A0D6554) increased its sales by some 40 percent in 2015 to EUR 2,430.1 million (2014: EUR 1,734.5 million). Accordingly, it slightly exceeded the upper end of the sales guidance which the Management Board had revised most recently in November 2015. 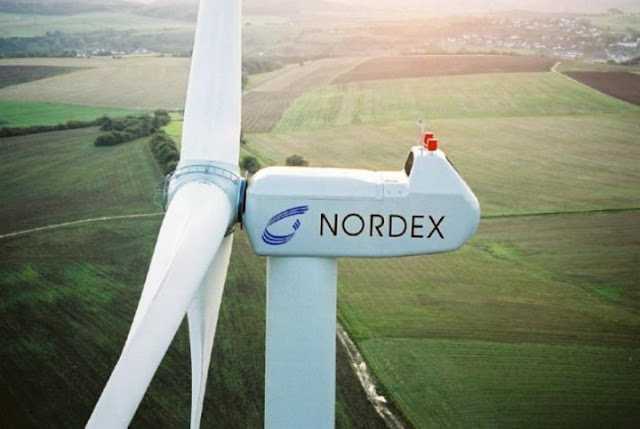 The operating margin before interest widened by 0.7 percentage points from 4.5 percent to 5.2 percent. At EUR 126.2 million, EBIT exceeded the previous year’s figure (2014: EUR 78.0 million) by more than 60 percent. Despite the unplanned additional expense on a number of externally sourced rotor blades from a supplier, earnings matched the Management Board’s expectations.

Turbine business contributed the main proportion of 91.3 percent of total sales, with production output rising by 34 percent to 1,899 MW (2014: 1,417 MW). At the same time, installation output climbed by just under 14 percent from 1,489 MW to 1,697 MW. All told, 657 turbines were installed in 14 countries. In its core region of Europe, the company achieved a share of just under 13 percent of the onshore market, securing double-digit market share in more than ten countries.

The significant growth in sales and heightened profitability were accompanied by a disproportionately small increase in structural costs. Personnel costs and net other operating expense rose by a combined rate of around 28 percent. Thus, sales per employee grew by just under 25% to EUR 771,952 (2014: EUR 619,464).

In addition, it was able to secure new higher credit facilities on good terms in December 2015.

Nordex will be releasing its final annual financial statements as well as its guidance for 2016 at its annual press conference in Frankfurt/Main on 21 March 2016. The Management Board will also be using this opportunity to report on the current state of the transaction with Acciona Windpower