In December 2015 Nordex signed contracts with its long-standing customer Bilgin Enerji for four projects with a total volume of 100 MW. All of the 33 wind turbines ordered belong to the Delta series, the latest product fleet Nordex is offering on the market. 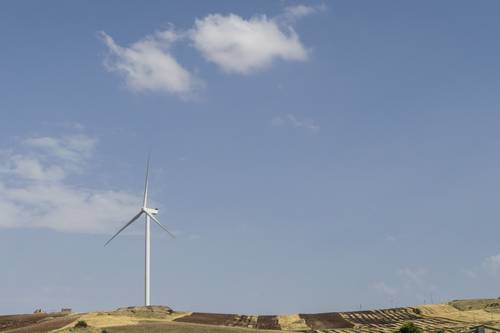 The first project is an extension of the “Bandirma” wind farm in Balikesir, a province in the west of Turkey. For this project Nordex is supplying five of its N100/3300 strong-wind turbines. The second project, “Bergama”, is situated in Manisa, in western Anatolia. Bilgin Enerji will be adding ten N117/3000s to this wind farm, which Nordex will install in March this year. There are plans to build a further ten turbines of this type in the “Soma” wind farm, which is also located in Manisa, in July. The fourth project, “Mazi”, is situated in Izmir near to the Turkish Aegean coast. Nordex will be supplying eight N117/3000s for this also in July.

Bilgin Enerji is an important partner for Nordex in Turkey and the manufacturer has been working together with Bilgin for more than eight years now. The Bilgin Enerji Holding has been developing, building and operating hydroelectric and wind energy projects for 25 years, which puts them as one of the top renewable power generation companies in Turkey. The “Bergama” extension, which is being financed by BayernLB, also shows the good business relationship between the bank and Nordex, which forms the basis of various wind park projects with Nordex turbines worldwide. By repetitively being chosen by a large number of several investors including important banks in Turkey, Nordex established a good collaboration in the Turkish wind energy market over the last few years.

As one of the technological leaders in multi-megawatt wind power systems, Nordex is benefiting from the trend in favour of large-scale turbines. The Generation Gamma range comprises the N90/2500, N100/2500 and the N117/2400, which is one of the most efficient series turbines for light wind regions. To date, over 3,600 of these turbines have been produced. With Generation Delta, Nordex is now offering the fourth generation of its proven multi-megawatt platform (N100/3300, N117/3000, N131/3000 as well as the N131/3000 for the German market). Nordex, which is celebrating its 30th anniversary this year, has installed more than 6,000 turbines with an aggregate capacity of over 10,000 MW all around the world. With exports accounting for around 70 percent of its business, Nordex SE also plays a key role in international high-growth regions. The Company has offices and subsidiaries in 22 countries around the world The Group currently has around 3,000 employees around the world.

Achieved the mark of 25 active years in energy business, Bilgin Enerji is a pioneering renewable company by achieving the first renewable projects of wind power and hydropower plants under liberal market setup of Turkish legislation.  Operating Wind Energy capacity constitutes almost the half of the total renewable installed capacity of nearly 900MW of Bilgin Enerji portfolio. Five wind power plants located in the predominant wind region of Turkey, Aegean and Lower Marmara Regions including two in the wind- famous town Alaçat?, ?zmir.  Another six hydropower plants and dams are spread across to the efficient basins in Turkey.