Boralex Inc. (“Boralex” or the “Corporation”) (TSX: BLX) is pleased to announce commercial commissioning of the Frampton wind power project, located in Beauce, Canada, with an installed capacity of 24 MW. 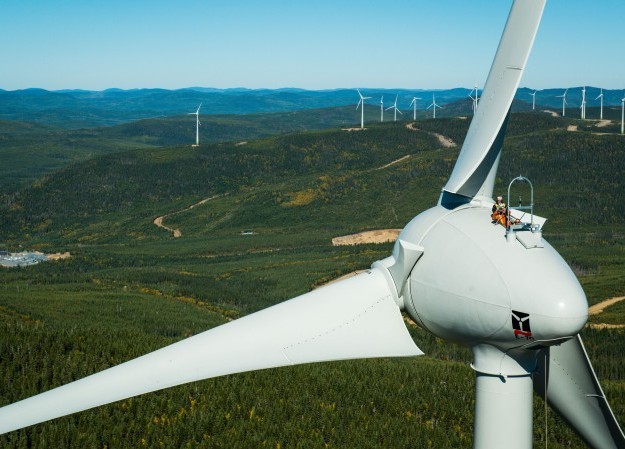 President and Chief Executive Officer Patrick Lemaire pointed out that “having acquired this project under development, the exceptional cooperation of the Frampton municipality and support of the local community were key to its completion on budget and on schedule.”

Located on private land, the project consists of 12 Enercon E-82 wind turbines and is covered by a 20-year contract with Hydro-Québec. Project construction required investments of approximately $80 million and Boralex expects it to generate annual EBITDA of about $9 million.

Boralex owns 66.7% of this project in partnership with the Municipality of Frampton (33.3%), which, as partner, will receive approximately $500,000 per year, representing voluntary contributions and its share of cash generated by the project.

Boralex develops, builds and operates renewable energy power facilities in Canada, France and the United States. A leader in the Canadian market and France’s largest independent producer of onshore wind power, the Corporation is recognized for its solid experience in optimizing its asset base in four power generation types — wind, hydroelectric, thermal and solar. Boralex ensures sustained growth by leveraging the expertise and diversification developed over the past 25 years. Boralex’s shares and convertible debentures are listed on the Toronto Stock Exchange under the ticker symbols BLX and BLX.DBA, respectively.