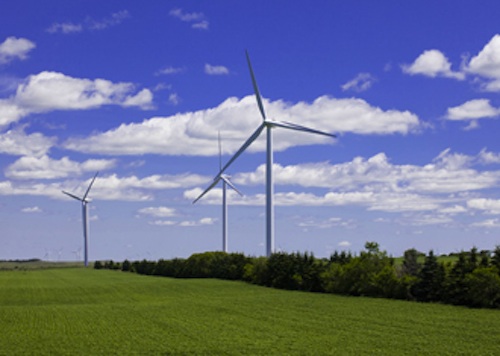 “This agreement will enable wind energy to create more affordable, reliable and clean energy for America by providing multi-year predictability as we have called for,” said Tom Kiernan, CEO of the American Wind Energy Association. “The later years of this agreement will provide some challenges that the wind industry will work to overcome with our employees, partners and champions.”

Kiernan said industry leaders are examining the agreement now and appreciate the progress. “If this passes, our industry will get a break from the repeated boom-bust cycles that we’ve had to weather for two decades of uncertain tax policies,” Kiernan said. “AWEA has sought greater stability in the credit, with an extension for as long as possible. This plan will drive more development, and near-term prospects look strong – especially as utilities, major end-use customers, and municipalities seek more low cost emissions-free renewable energy. In order to keep the wind energy success story going, we will need to continue to work with Congress and the White House in the years ahead to level the playing field with other energy sources that receive permanent tax support.”

According to the agreement, the Production Tax Credit and alternate Investment Tax Credit would be extended for 2015 and 2016, and continue at 80 percent of present value in 2017, 60 percent in 2018, and 40 percent in 2019. As before, the rules will allow wind projects to qualify as long as they start construction before the end of the period.

The credit is currently worth 2.3 cents a kilowatt-hour of electricity generated for the power grid. Combined with continued growth in demand for low-carbon fuel sources, that is intended to keep wind energy attractive for the investors who finance new wind farms.

It has encouraged research and development, construction of factories in the U.S. and maximum productivity, helping reduce the cost of American wind power by 66 percent in six years. Iowa, South Dakota, and Kansas all now rely on wind for more than 20 percent of their electricity; nine other states are over 10 percent. The recent “Wind Vision” report by the U.S. Department of Energy says America as a whole is on track to get 20 percent of its electricity from wind by 2030.

“The U.S. is home to some of the most productive wind turbines in the world because of this successful policy,” said Kiernan. “That’s due in large part to wind power champions in Congress, and leadership across both Republican and Democratic administrations.”