Cuba is working to increase by six times the use of renewable energy in the national energy matrix by 2030 by among others constructing 13 large wind energy farms capable of producing 633 megawatts.

During the Ministry of Energy and Mines national conference on science, technology and innovation taking place in Cojimar, Havana, the ministry’s director of renewable energy Rosell Guerra said Cuba’s programme is aimed at raising renewable energy sources to account for 24 per cent of the country’s power generation. 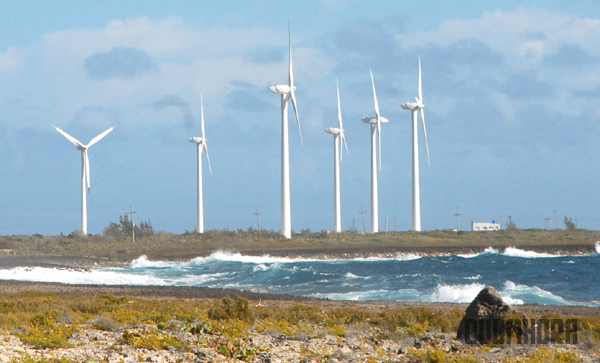 Guerra said implementing that plan meant that Cuba would reduce carbon dioxide emission into the atmosphere around six million tonnes annually. He said this was necessary for the development of Cuba.

Guerra said the Cuban renewable energy programme involved the construction of 13 large wind energy farms to produce 633 MW, installing 700 MW solar photovoltaic parks, 19 bio-electric power stations near sugar mills with a power generation capacity of 755 MW and 74 small hydroelectric plants that are projected to bring on board 56 MW. Other initiatives include solar-thermal plants, the use of forest biomass and urban solid waste, industrial organic and agricultural waste.

Cuba also intends to install 200,000 solar heaters in homes, hospitals and industrial centres, introducing LED technology in public and housing lighting network, the use of solar photovoltaic panels in 21,000 houses located in isolated and inaccessible areas of the island.

At least 200 members of the scientific, technological and innovation community of the country particularly from the priority sectors of energy, food, health, climate change institutions, environment, social science and humanities attended the conference.

Under the theme: Science, Technology and Innovation for the development of a prosperous and sustainable socialism, the conference’s priorities for the country included animal and human food production, sustainable energy development, promoting efficient, saving and the use of renewable energy sources, as well as automation and computerisation of the society. Other areas are adaptation to climate change, sustainable use of national resources with an emphasis on water, economy, territorial and urban planning, biotechnological productions and vaccines, and research in exact and natural sciences. The conferences delved into issues of the Cuban society, sport and human development, natural and traditional medicine and international relations.