For the first time in decades, Israeli is building wind turbines which will create electricity by harnessing the power of the wind. Afcon Holdings, a part of the Shlomo Group, has started construction in recent days on two wind farms, which will house 25 wind turbines each in Ramat Sirin and Ma’ale Gilboa in northern Israel. 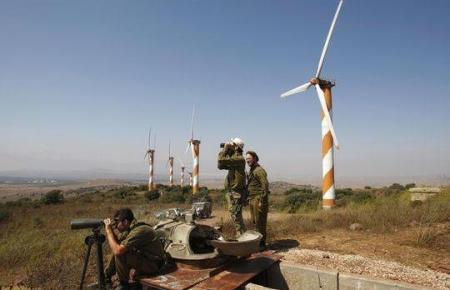 The wind turbines can produce 21 megawatts of electricity at any given moment, and are set to become active next year.

Harnessing the wind’s energy to produce electricity is thought of as the most rapidly developing field within the renewable energy sector.

Giant wind farms are located all over the world in areas with strong winds, both in the ocean and on land. Huge turbines that produce 3-5 megawatts each can be built on as little as a few square meters of land, whereas solar farms take up large areas. The areas immediately under the turbines allow for continued agricultural work.

Israel’s first wind farm was established 30 years ago, in the Golan Heights. No turbines of the same scale have been built since.

Israel’s current electricity generating capacity is 13,000 megawatts, meaning that the electricity generated by the new wind farm won’t be a game changer, but the project is the first of its kind in decades, and surpassed some major hurdles.

First  stood the difficult regulations that held the project up in recent years, in addition to different hurdles placed before the builders by Israel’s Electric Authority, and then there was the IDF’s staunch opposition to projects of this kind.

On top of these was the fact that there are very few sites in Israel with continuous and strong winds, as well as a general opposition from environmental groups, which fear the turbines may harm birds.

Afcon’s accomplishment in building its wind farms after years of delays and challenges, and on sites which Israel’s Electric Corporation sought for their own turbines – and failed, provides a sliver of hope for the future.

The company has partnered with Eli Ben-Dov, a former Electric Corporation man himself, in building the project. The turbines can produce relatively small amounts of electricity in comparison to the global standard, at an average of about 850 kilowatts an hour per turbine.

The company has started raising the first turbines in recent days, after a massive moving operation, with the cooperation of the local councils and police, brought the towers and propeller blades (measuring 29 meters each) to the location. The cooperation with police and local councils allowed the company to transport the massive turbine pieces from the Israeli Port Authority to the site, in the middle of the night.

The raising of the first turbines mark the last step in a long process which included: Planning, purchasing the pieces, and preparing the infrastructure at the sites. Afcon Holdings has said that completion of the project will fulfill the vision of the Shlomo Group’s founder, Shlomo Shmelzter.