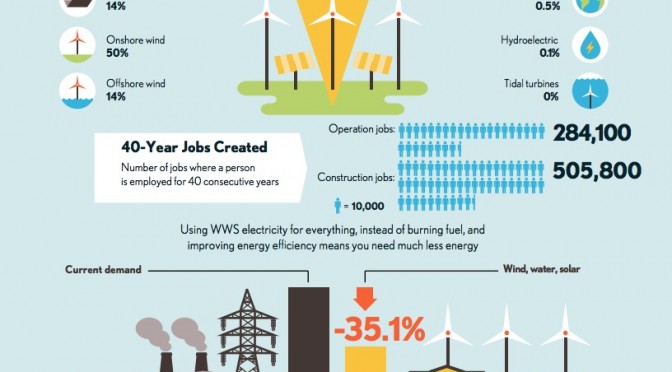 A team of environmental engineers from California have devised a plan for every state to transition to completely renewable energy sources. 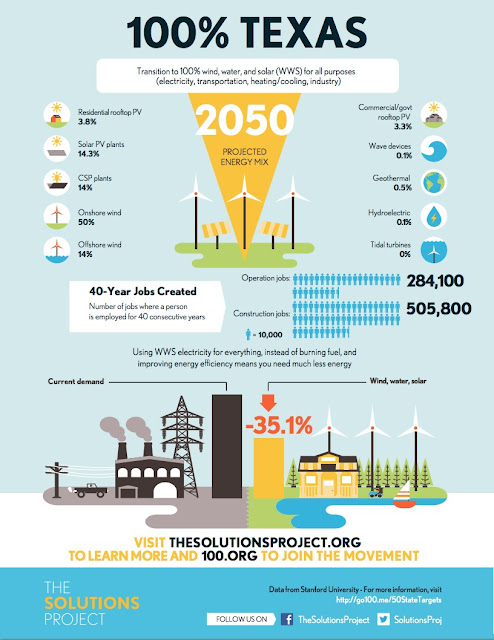 The study, developed by engineering researchers Mark Jacobson of Stanford University and Mark Delucchi of the University of California, Berkeley, examines what each state’s energy needs will be for 2050, and provides a road map for how those could be met exclusively through renewable sources.

The Texas plan unsurprisingly calls for a heavy reliance on onshore wind power. Texas already meets a little less than 10 percent of its power needs through wind, and generates more wind energy than any other state. 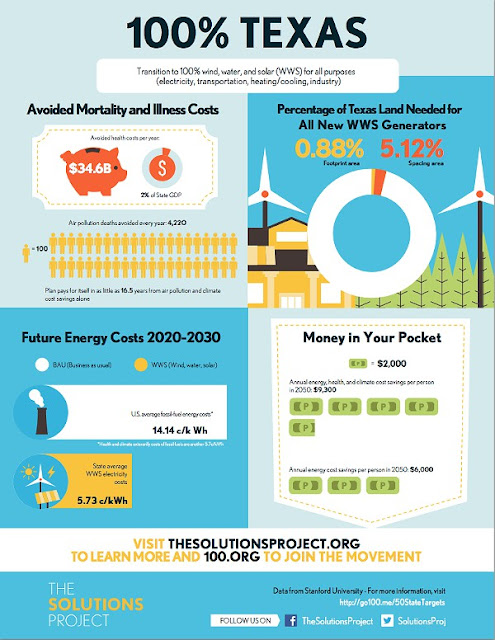 The plan also includes significant investments in solar power, which would take care of about 35 percent of the state’s energy needs.

Such infrastructure upheaval would require a substantial up-front investment, but the study asserted that Texas could reap economic benefits on the back end. The plan would require over 500,000 new jobs, and save the average person over $12,000 per year in energy, health, climate and energy costs by 2050.

Learn more about the plan here, and check out a full version graphic of the impact on Texas here.