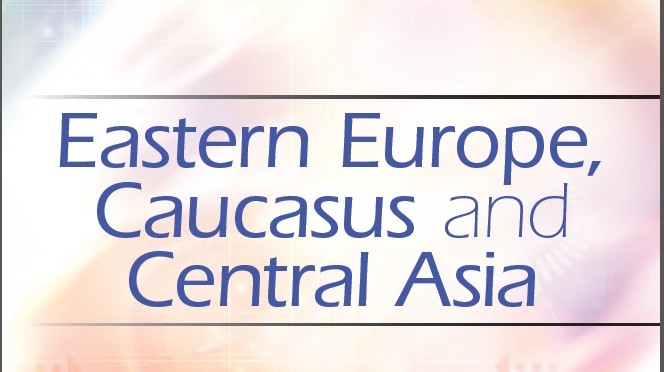 The International Energy Agency (IEA) released a review of energy policies in 11 countries of Eastern Europe, the Caucasus and Central Asia that play a significant role in world energy security.

Four of the countries – Kazakhstan, Turkmenistan, Azerbaijan and Uzbekistan – possess substantial oil and gas resources in the Caspian Sea, which offer game-changing potential for energy consumers in Europe and Asia. Other countries like Ukraine, Georgia and Belarus are important transit countries in the region, and their stability is paramount to energy security, the report said.

The 11 countries – which also include Armenia, Kyrgyzstan, Moldova and Tajikistan – are diverse politically and economically with distinct energy sector challenges. However, lack of long-term vision and planning is common across the region, and the countries must prioritise strategic energy policy development in order to build a more secure and sustainable future.

“Isolation and rigid thinking are not in the region’s long-term best interest. The key ingredients for a sustainable energy sector in all of these countries are co-operation and evidence-based strategic planning,” said IEA Executive Director Maria van der Hoeven as she released the report.

Officials with the European Union, which provided financial assistance for the report through the European Neighbourhood and Partnership Instrument, said adopting and implementing the report’s recommendations would enhance energy security across a wide region.

Mechthild Wörsdörfer, Director for Energy Policy (DG ENERGY), stressed the interlinked nature of energy security between the EU and its neighbours. “The EU’s energy security increasingly depends on the production in and safe transit of energy goods through our neighbouring countries. At the same time, our neighbours increasingly depend on the European energy market for their own energy security – not least in the context of the Energy Community,” said Wörsdörfer. “In the long term intra- and inter-regional energy interconnections (oil, gas and electricity) can help overcome political tensions and create solidarity.”

The IEA report highlights differences in the level of energy sector development among the countries since their independence, with the largest differences between producing and non-producing countries. Commendable trends, despite differences across the 11 countries, include improved energy legislation, reduced investment barriers, progressive market liberalisation and increasing energy trade. The IEA commends efforts taken by most governments to reduce energy poverty, increase energy availability and slowly phase out subsidised prices.

Oil and gas resource-rich countries such as Azerbaijan, Kazakhstan, Turkmenistan and Uzbekistan have developed their economies through oil and gas exploration over the past two decades. The standard of living is rising across the region but often the energy sector is more rigid and mostly under government control. These countries must reform and decentralise their energy sectors to encourage production efficiencies, increase market and trade competition, and promote sustainable development.

Countries unable to rely on resource-based development typically have aged and inefficient infrastructure, unreliable systems and severe energy poverty, while prices are subsidised to a very low level. These countries must fully phase out inefficient subsidies in order to recover funds for infrastructure investment. At the same time, they would benefit from diversifying energy sources, increasing regional integration and participating in competitive energy trade.

Recent trends for regional market integration vary. Where integration is difficult, renewable energy and energy efficiency measures are the most effective tools towards energy security. The report notes a significant lack of renewable energy development (non-large hydro) and demand management, despite approved legislation and available incentives in some cases. Rapid implementation of renewables and energy efficiency policies is essential to energy security of smaller economies dependent on imports, but it is also a key means for producing countries to reduce their significant carbon footprint.

Among its key policy recommendations, the IEA report calls for:

Energy Policies Beyond IEA Countries: Eastern Europe, Caucasus and Central Asia provides analysis of energy policy pathways of the 11 countries in areas of energy security, market convergence, sustainable development and investment attraction, and provides recommendations for further improvements. It is intended to help guide the countries towards a more secure, open, sustainable and affordable energy future.

Energy Policies Beyond IEA Countries: Eastern Europe, Caucasus and Central Asia is on sale at the IEA bookshop. Accredited journalists who would like more information or who wish to receive a complimentary copy should contact ieapressoffice@iea.org.