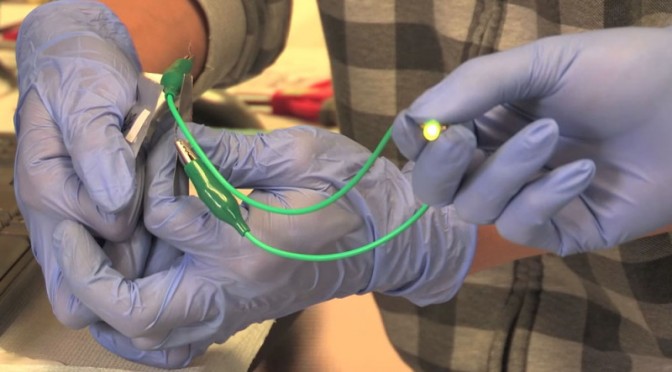 Scientists from Standford University have a developed the first high performance aluminum battery that is fast charging, longer lasting and inexpensive. Researchers say that the new battery technology offers a safe alternative that is superior in many ways to many of the commercial batteries that are being sold and used today.

“We have developed a rechargeable aluminium battery that may replace existing storage devices, such as alkaline batteries, which are bad for the environment, and lithium-ion batteries, which occasionally burst into flames,” said Hongjie Dai, a professor of chemistry at Stanford University.

“Our new battery won’t catch fire, even if you drill through it.”

Aluminum has always been an attractive material for battery manufacturing mainly because of its low cost and large charge storage capacity. An aluminum ion battery consists of two electrodes: a negatively charged anode made of aluminum and a positively charged cathode.

“People have tried different kinds of materials for the cathode,” Dai says.

“We accidentally discovered that a simple solution is to use graphite, which is basically carbon. In our study, we identified a few types of graphite material that give us very good performance.”

The team placed the aluminium anode and graphite cathode, along with an ionic liquid electrolyte, inside a flexible polymer-coated pouch.

Smartphone owners are all too familiar with the long charging times of their devices often taking hours to get a full charge. But the team of researchers have reported that this new battery offers “unprecedented charging times” of down to one minute with the aluminum prototype.

“This was the first time an ultra-fast aluminium-ion battery was constructed with stability over thousands of cycles,” Gong says.

“Another feature of the aluminium battery is flexibility. You can bend it and fold it, so it has the potential for use in flexible electronic devices. Aluminium is also a cheaper metal than lithium.”

Will this battery revolutionize the smartphone industry as we know it? Only time will tell as the technology is still in its infancy. But as a smartphone user myself, I long for the day when my battery lasts for much longer than one day and charging times are only one minute.