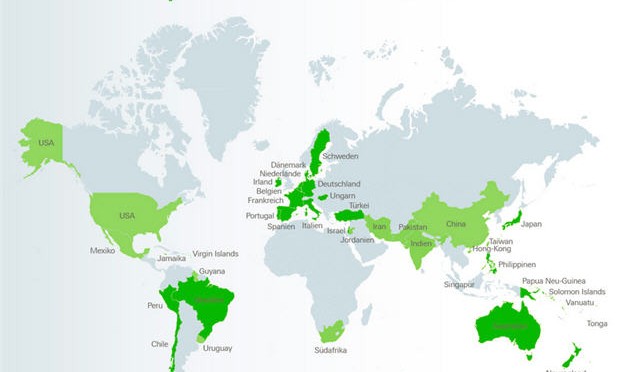 Brazil is also facing energy issues as electricity prices continue to rise. But the Brazilians are now turning to an power source that’s been around for four and a half billion years: It’s the sun. And thanks to rapid advances in solar panel technology, the country’s future in energy is looking a bit brighter.

There is no lack of solar energy in a tropical country like Brazil though installing these panels to turn it into electricity is relatively expensive. But now, with recent hikes in electricity costs brought on by the country’s historic drought – solar power is getting a second look – as a cost-effective option.

Brazil is planning to reduce taxes for solar panels in an attempt to promote wider use of rooftop power systems.

“The state of Sao Paulo endorsed our proposal and is leading a process that is a milestone for Brazilian solar generation,” Braga said in a speech to Congress. “Tax exemption will enable this source to be competitive.” He didn’t say how much the taxes might be reduced.

Brazil is seeking to offer incentives for so-called distributed generation, smaller systems that are installed close to where the energy is consumed. The move comes as the country faces a growing risk of water rationing after the biggest drought in eight decades curbed the country’s hydroelectric generation capacity. Banco Santander Brasil SA said in a Feb. 4 report that the risk of rationing is “high” and may shave as much as 2 percentage points off Brazil’s economic growth.