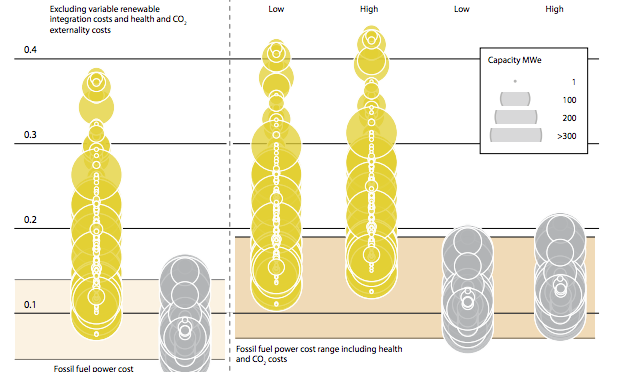 A new study demonstrates that an energy system based completely on renewable forms of energy will be economically viable in the future. Research done at Lappeenranta University of Technology (LUT) shows that it will be worthwhile for North-East Asia, and China in particular, to switch to a completely renewable energy system within 5–10 years.

According to the Neo-Carbon Energy project, which conducted the research, the price of solar electricity will drop by half by 2025?2030.

Completed at the end of last year, the study concluded that within ten years solar and wind power will be the cheapest forms of energy production for Asia’s largest energy markets. According to LUT Professor of Solar Economy Christian Breyer, this is because renewable energy is the cheapest way of producing energy in Asia.

Economic viability has been one of the challenges of making the transition to renewable energy sources and doing so on the terms of the market. The research now performed shows that sun and wind will become viable sources of energy within 5–10 years. This is due to the fact that costs fall by 20% every time capacity is doubled.

‘This means, for example, that the price of solar electricity will be halved by 2025–2030. This will make them the cheapest forms of production for most of the world,’ says Pasi Vainikka, Principal Scientist and LUT Adjunct Professor.

Similar simulations of renewable energy have not been performed earlier. The Neo-Carbon Energy project will continue researching the opportunities and implementation of a similar energy system in Finland.

The Neo-Carbon Energy research project is funded by Tekes and is being implemented as cooperation between LUT, VTT and the University of Turku. The research was recently selected as the best opening at a global solar energy conference in Japan.