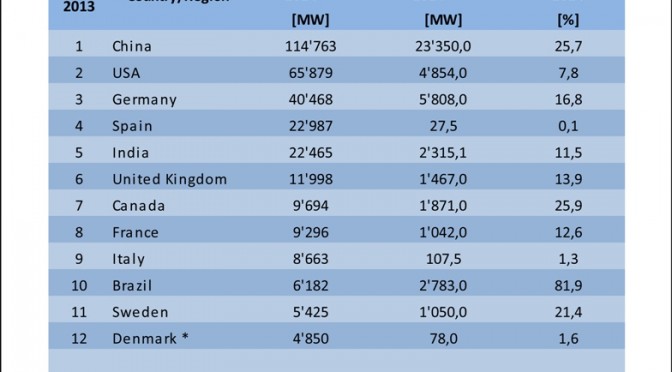 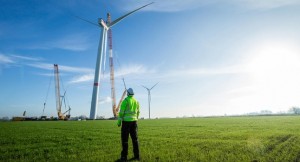 Moreover, the coal and gas industries in Europe both retired more capacity than they commissioned in 2014. In comparison, wind energy capacity in Europe increased 3.8% year on year from 2013, with cumulative installations now standing at 128.8 GW in the EU. 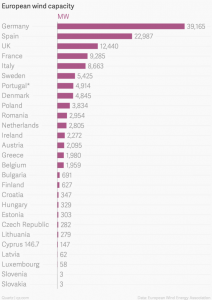 Thomas Becker, chief executive officer of the European Wind Energy Association, said: “Europe is at a turning point for investment in renewables and particularly wind. Plowing financial capital into the industries of old in Europe is beginning to look unwise. By contrast, renewables are pushing ahead and investments in wind remain attractive.”

Renewable power plants accounted for 79.1% of new installations during 2014; 21.3GW of a total 26.9GW. Today, grid-connected wind power is enough to cover 10% of the EU’s electricity consumption, up from 8% the year before.

Becker said: “These numbers very much show Europe’s continued commitment to renewable and wind energy. But this is no time for complacency. The uncertainty over the regulatory framework for the energy sector is a threat to the continued drive toward sustainable and homegrown energy that will guarantee Europe’s energy security and competitiveness for the long-term.”

He added: “It’s time for Europe’s political leaders to create a truly European Energy Union and send a clear signal of their support for the shift to a secure and sustainable energy system. Political will on their part is an essential piece of the puzzle.”

On a country-by-country breakdown, Germany and the United Kingdom accounted for 59.5% of total EU wind energy installations in 2014, installing 5,279MW and 1,736MW respectively.

“What we’ve seen in 2014 is a concentration of the industry in key countries,” Becker said, adding “while markets in eastern and southern Europe continue to struggle in the face of erratic and harsh changes in the policy arena. We expect this concentration to continue into 2015.”