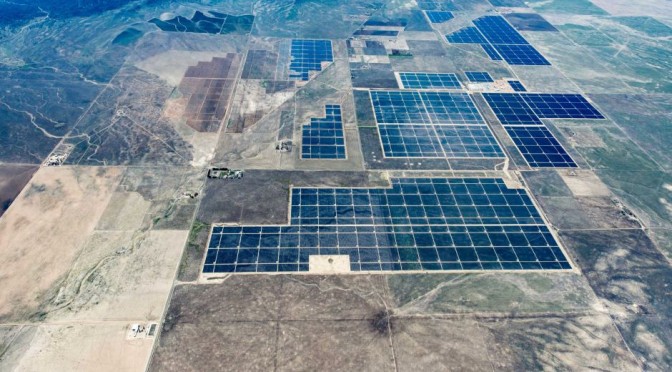 The first 500-plus megawatt solar power plant is now up and running in the US. Topaz, as it’s being called, is located in San Luis Obispo County on California’s Carrizo Plain and is the result of two years of hard work.

The Topaz solar energy farm boasts it can produce enough energy to take the place of almost 400,000 tonnes of CO2 emissions or the equivalent of taking 73,000 cars off the road.

The company behind the project is First Solar.

“From a scale and power perspective, it’s on par with a major fossil fuel generator like a coal or a gas plant,” said company spokesman Robert Bartrop. He said the American plant would produce enough electricity to power 160,000 homes.