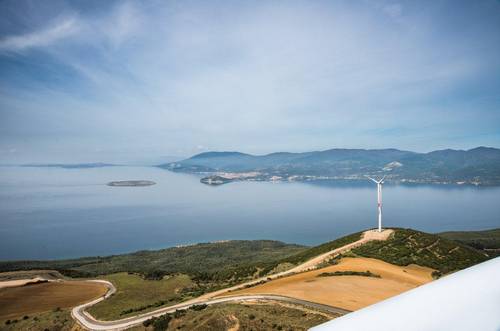 Nordex has been awarded a further contract in Turkey. In summer 2015, the manufacturer will be supplying nine N117/2400 wind turbines to the south-east of the country.

The turbines are for the “Dilek Res” project, which is close to the town of Kahramanmaras in South-East Anatolia. The customer is the independent power producer Kale Enerji, with whom Nordex has also signed a five-year premium service contract. The contract also includes the option of the delivery of a further turbine for the wind farm.

The site is characterised by mean wind speeds of 6.8 m/s. The N117/2400 turbine is specifically designed to accommodate such light wind speeds. With a hub height of 91 metres, “Dilek Res” will be generating 70 GWh of clean wind-produced electricity each year, achieving an above-average capacity factor of 37%.

“We have established a firm customer base in Turkey comprising power producers, industrial enterprises and developers. The contract received from Kale Enerji shows that our wind turbines are fully satisfying the expectations pinned to them,” says Lars Bondo Krogsgaard, a member of Nordex SE’s Management Board.

Ahmet Akdemir, project coordinator at Kale Enerji: “Also as one of the Electricity Distribution Companies in Turkey, we are proud to feed the grid with clean energy with high efficient technologies, such as wind“.