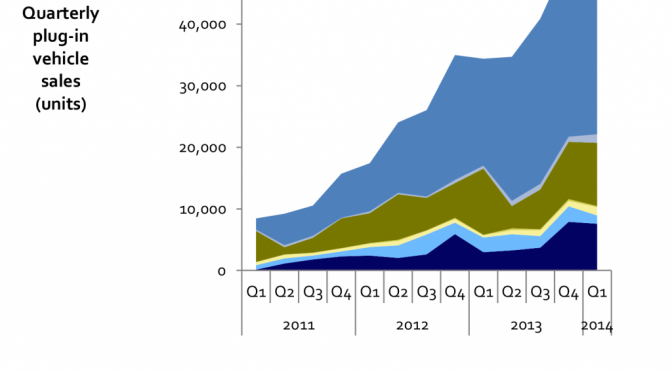 China has announced two major policies that will boost sales of what it terms “new-energy vehicles” in the country, which primarily refer to electric vehicles (EVs), plug-in hybrids (PHEVs), and fuel cell vehicles (FCVs). 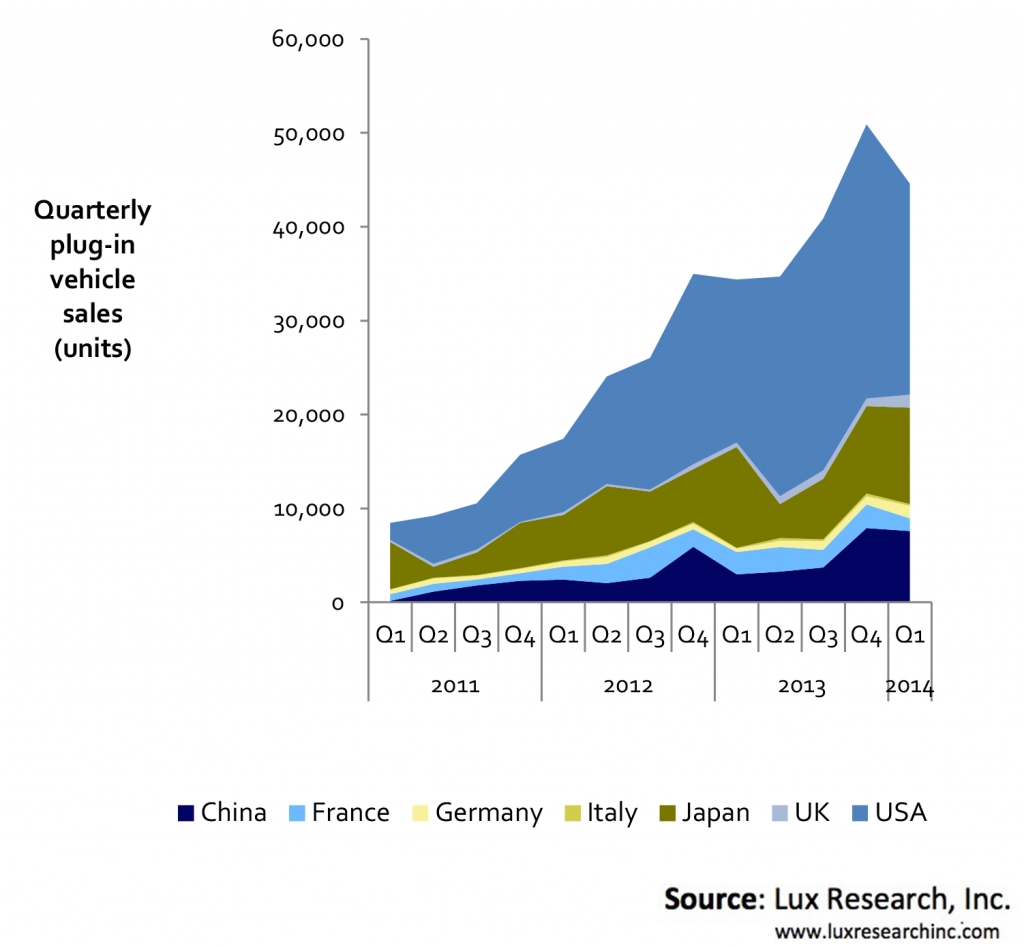 Starting in September 2014, a 10% sales tax on new-energy vehicles will be waived through the end of 2017. The 10% tax waiver will apply to both foreign and domestic automotive manufacturers, but foreign manufacturers will still face significant import taxes (client registration required). Separately, China has issued a procurement mandate that 30% of all central government vehicles purchased by the end of 2016 will be new-energy vehicles. After 2016, provincial governments will also be required to meet the 30% vehicle procurement target. The government said that new sedan purchases shouldn’t cost more than 180,000 yuan, or around $29,000.

The country’s pace has thus far fallen short of its 500,000 vehicle target by the end of 2015 and 5 million vehicles by 2020, as there have been fewer than 44,000 PHEVs and EVs sold since 2011 according to the Lux Research Automotive Battery Tracker (client registration required). While the announced policies support FCVs, we expect that the vast majority of vehicles will actually be PHEVs or EVs (client registration required). However, if the purchase price of a sedan is capped at 180,000 yuan, few models of EVs will benefit. Among those left out will be pricey foreign EVs, such as the Tesla Model S and BMW i3, which do not benefit from subsidies and sell well above 180,000 yuan. Domestic EV manufacturers, such as BYD (client registration required), will directly benefit from this policy through its e6 and Qin vehicles, as will OEMs that have set up Chinese joint ventures, such as Renault-Nissan Dongfeng, which will begin selling the Chinese version of the Nissan Leaf under the brand Venucia in September.

In 2013, nearly 22 million vehicles were sold in China. We estimate that the central government vehicles comprised 3% of total vehicle sales, or 660,000, in that year. If 30% of all central government vehicles will be either PHEVs or EVs, then nearly 250,000 vehicles will be procured by the end of 2015. However, this still leaves a 200,000-vehicle deficit from the target of 500,000 new-energy vehicles by the end of 2015, and it is unlikely consumer demand will grow rapidly enough to hit the target. The 10% tax exemption will boost consumer demand, but there are still critical concerns surrounding electric vehicle charging infrastructure (client registration required). Some parts of China are making noteworthy progress, such as Beijing announcing its plan for 10,000 charging stations, but the majority of those will be at centralized locations, as opposed to residential areas that are critical to consumer adoption. Furthermore, early EV adopters have formed a grassroots campaign to build a charging network from Beijing to Guangzhou. Despite infrastructure concerns, the announced policies should significantly boost electric vehicle sales in China; however, China will still fall well short of its target of 500,000 vehicles by the end of 2015.