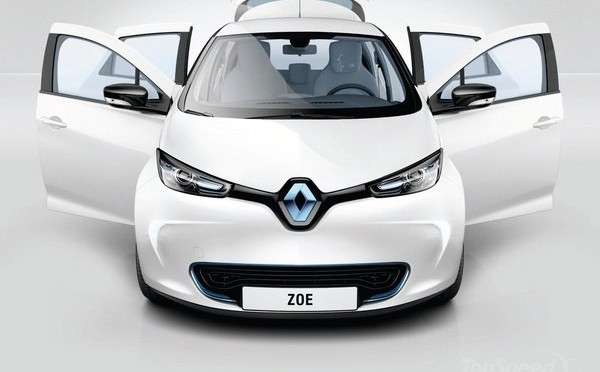 France currently grants new car buyers a credit of 6,300 euros ($8,400) if they purchase an electric vehicle.

But if a new bill submitted to Parliament by France’s Minister for Ecology, Sustainable Development and Energy is approved, customers will be eligible for an additional bonus of 10,000 euros if they switch from a diesel powered vehicle to an electric one. That’s a total of 16,300 Euros or about $22,000.

France, like most European countries, has a much higher percentage of diesel powered cars and light trucks on the road than in America, so the pool of potential electric vehicle owners is  huge. That could be good news for French manufacturer Renault, which offers four electric vehicles for sale in the country including the Zoe compact, the quirky Twizy, the small Kangoo Z. E. cargo van, and the mid-sized Fluence Z.E. sedan.

Renault could use the business; it has been losing money for years and has seen its sales in France fall by as much as 6% in 2014 alone. Electric cars were supposed to be Renault’s big break, but the big sales it had hoped for haven’t yet materialized. Putting big money on the table should turn a few diesel drivers into EV believers though.

The payoff for France would be a reduction in diesel fueled cars on the roads. Diesel emission standards are less rigorous in Europe than in the U.S., and diesel fuel costs less than regular gasoline as well. Shifting drivers away from exhaust-spewing diesel vehicles to clean electric cars would help reduce France’s carbon output considerably. Now it’s up to French lawmakers to decide if the proposed law makes sense and is economically viable for the country. A vote on the measure is expected later this year.