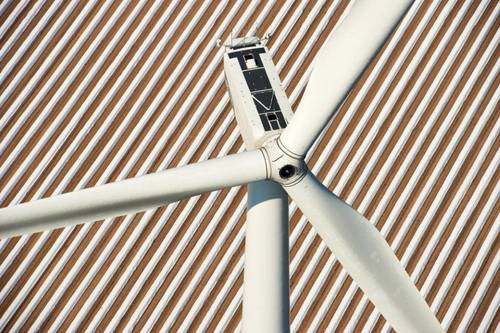 Over the last few weeks, demand for Nordex wind turbines for light wind locations has kept on growing at an unabated rate. Thanks to recent orders, Nordex to date has installed and projects under construction with the top-selling N117/2400 for a combined nominal output of over 1,000 MW. This shows that the favourable trend in demand for highly efficient wind power systems for locations with light wind speeds has continued steadily since the commencement of serial production of the IEC3 turbine in 2011.

In Germany alone, Nordex received new orders of 132 MW for the N117/2400 in the first quarter, including from such renowned customers as wpd group, PNE Wind AG and BOREAS Energie GmbH.

With the vending of six N117/3000 wind turbines, sale of the Generation Delta has also got off to a good start in the domestic market this year. Thus, customer and project developer Denker & Wulf has ordered four of these turbines, which are specifically designed for moderate-wind conditions, for the Sehestedt wind farm in the German state of Schleswig-Holstein. Nordex will be installing all new projects and connecting them to the grid this year.

“We are thrilled to be able to continue the success that we achieved in Germany last year. After doubling our market share in 2013, we are now headed for a double-digit figure this year. And with the N117/3000 we are also very well positioned for IEC-2-locations,” says Management Board member Lars Bondo Krogsgaard.

According to studies conducted by independent wind power experts, Nordex was the company with the greatest gains in market share in the onshore segment in Europe in 2013. Today, it again numbers amongst the world’s ten largest manufacturers in the sector.

As one of the technological leaders in multi-megawatt wind power systems, Nordex is benefiting from the trend in favour of large-scale turbines. The Generation Gamma range comprises the N90/2500, N100/2500 and the N117/2400, which is one of the most efficient onshore turbines. To date, over 2,600 of these turbines have been produced. This experience with multi-megawatt turbines gives Nordex a decisive lead over most of its competitors. With Generation Delta, Nordex is now offering the fourth generation of its proven multi-megawatt platform (N100/3300, N117/3000, N131/3000). Nordex has installed a total of over 5,970 turbines with an aggregate capacity of around 10,000 MW all around the world. With exports accounting for more than 85 percent of its business, Nordex SE plays a key role in international high-growth regions. The Company has offices and subsidiaries in 22 countries around the world with a total global headcount of over 2,500 employees.