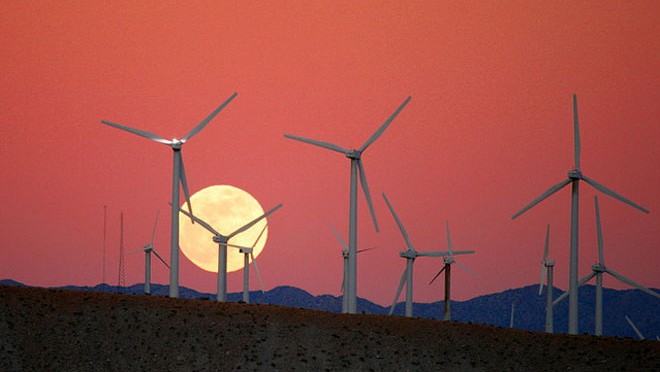 Health warnings from anti-wind power activists about wind power are likely to be causing some people to think they are getting sick, a new study from an Australian academic shows.

The study, which was published last week, said that “conclusions in view of scientific consensus that the evidence for wind turbine noise and infrasound causing health problems is poor.”

It added that wind-power-related “complaints are consistent with psychogenic hypotheses that health problems arising are ‘communicated diseases’” spread by claims that turbines would make people sick.

Chapman, professor of public health at Sydney University, said in a separate commentary that there are about 32,677 people living within five kilometres of Australia’s 49 wind farms and just 120 – or 0.4%– of them have ever made formal complaints, appeared in news reports or sent complaining submissions to government.

“Moreover, 81 (68%) of these are people living near just five wind farms, each of which have been heavily targeted by wind farm opponent groups,” Chapman added.

He said the study found “almost two thirds (63%) of all wind farms, including half of those with large (>1MW) turbines which opponents particularly demonise, have never been the subject of complaint.”

The study also found that the proportion of nearby residents complaining is minuscule, he said, adding “some complainants took many years to voice their first complaint, when wind farm opponents regularly warn that the ill effects can be almost instant.”

The University of Auckland study, he said, proved “anxiety and fear about wind turbines being spread about by anti-wind farm groups, will cause some people hearing this scary stuff to get those symptoms.”

This blog has reported on health and wind turbines many-a-time in the past with stories on wind power supposedly ruining a good night’s sleep, a statement from the American, Canadian, UK, European and Global wind energy associations on wind energy being one of the safest sources of electricity, and on wind turbines and infrasound – a blog which also links to a study on the impact of coal-burning on human health.