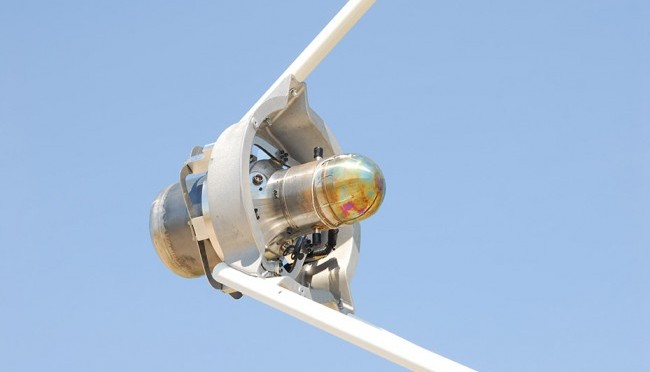 Infinia Technology Corp. is working on an energy-efficient and compact heat pump based on the Stirling cycle.

Infinia Corp., a developer of power systems that convert solar heat to electricity, won also a contract to supply equipment to a 114 million-euro ($143 million) project in Cyprus.

Infinia will install the first PowerDish on site, and 430 dishes and six months later, it’s expected to achieve a 1.5 MW plant.

The U.S. company will provide so-called Stirling engines to a 25.5-megawatt plant on the east Mediterranean island, David Townley, vice president in charge of business development, said by telephone from Nicosia on May 25.

The Stirling cycle is best known for converting the sun’s energy into electricity. But it also can use electricity to heat or cool and can do that more efficiently than conventional vapor compression systems.

The company’s reversible Stirling cycle device could allow cost-effective mass production of heat pumps that could reduce the amount of fuel used at war zone bases by 20 percent to 50 percent for cooling and more than 60 percent for heating.

The Department of Defense awarded almost $2.8 million to Pacific Northwest National Laboratory in Richland and almost $1.8 million to Infinia Technology Corp. in Kennewick for research on systems that would more efficiently heat or cool buildings.

Thousands of troops there have been killed or injured as convoys moving fuel are targeted for attacks. But if less fuel was needed for troop operations, including heating and cooling bases, fewer convoys would be exposed to danger.

A 2010 Marine Corps assessment estimated that almost 25 percent of the fuel used in Afghanistan goes to heating and cooling buildings, said Tom Hicks, the Navy’s deputy assistant secretary for energy.

On Wednesday, the Department of Defense and the Department of Energy gave out $8.5 million for research in the Tri-Cities and elsewhere in the nation for projects with the potential for a high energy-efficiency impact for the military but that were too early in development to attract commercial investment.

The research could help the military meet its goal of reducing fuel for heating and cooling by up to 50 percent, Hicks said.

PNNL will use its money over three years on developing an air conditioner that could use waste heat from a diesel generator. The heat pump could decrease the amount of fuel used for cooling at war zone bases by 50 percent.

Adsorption chillers, which run on waste or solar heat, already are commercially available, but so large they are used primarily for commercial buildings.

PNNL has developed a nanomaterial for the chillers that has a much higher refrigerant capacity and faster refrigerant adsorption than conventional silica-based adsorbents. In adsorption a thin layer of material adheres to a surface rather than being absorbed into it.

The nanomaterial allows a more energy-efficient, less costly and much more compact adsorption air conditioner that could compete in size and cost with traditional vapor compression-system air conditioners. 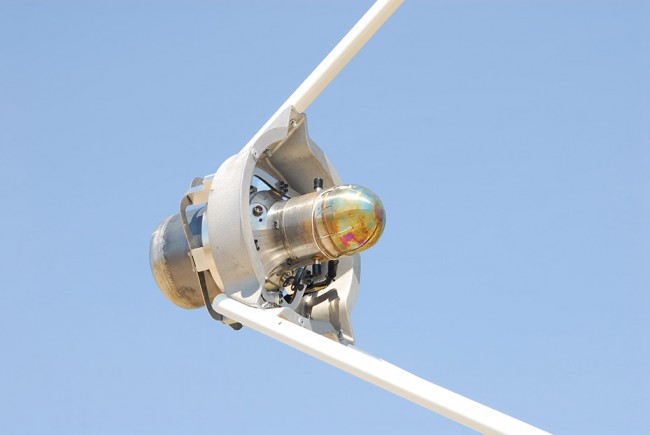 Infinia Technology Corp. is working on an energy-efficient and compact heat pump based on its Stirling cycle system.

The system is best known for converting the sun’s energy into electricity. But it also can use electricity to heat or cool and can do that more efficiently than conventional vapor compression systems.

The company’s reversible Stirling cycle device could allow cost-effective mass production of air conditioners that could reduce the amount of fuel used at war zone bases by 20 percent to 50 percent for cooling and more than 60 percent for heating.

With the first dish planned for installation next month, the question continually arises – how exactly does the PowerDish work?

Infinia has been perfecting this technology since 1985. What’s unique is that no moving parts in the free piston Stirling generator touch, it does not need water, and once the generator is made, it is hermetically sealed so it will literally run for 25 years, maintenance free.

Infinia’s Stirling technology is proven. To date, our generators have over 1.5 million operating hours, and have had successful applications in everything from artificial hearts to space probes, and now – solar power generation.

The versatility of fuel (i.e., solar or bio-fuel) sources for the Stirling generator also makes its applications diverse and has allowed us to explore many new and emerging markets around the world – from the Tooele installation in North America, India, Bangladesh, Italy, Greece, Saudi Arabia and Chile – to name a few.

The PowerDish CSP unit concentrates the reflected solar thermal energy from the glass dish surface onto the ‘hot end’ of the Stirling engine, thus concentrating the heat and in turn enabling the generator produce electricity.

The PowerDish is the world’s first Stirling-based solar power generation system that is suitable for automotive-scale manufacturing making it scalable for deployment from small distribution-scale arrays to multi-megawatt, utility-scale solar power plants.

Mike Ward, Infinia’s CEO and former Autoliv president (tier 1 automotive supplier known for manufacturing excellence) has been a critical link in bringing mass-manufacturing expertise and evolving efficiency in production.  As large-scale PowerDish projects rollout at Tooele and around the world, we are excited to set a new standard of generator and PowerDish production.