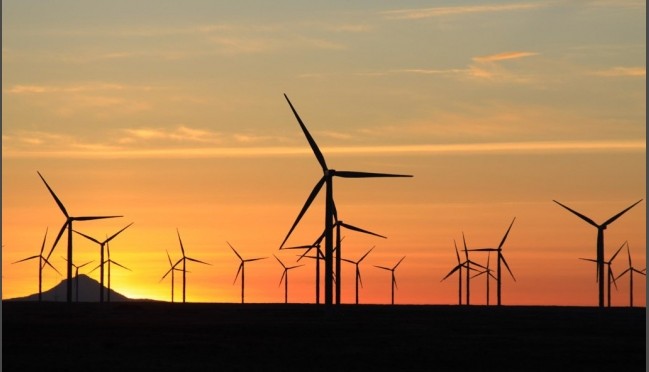 GDF SUEZ is pleased to announce the construction of the 300MW Tarfaya wind farm in Morocco, which will be the largest wind project in Africa. The project is owned in partnership with Nareva Holding, a Moroccan energy company.

GDF Suez and local company Nareva Holding plan to complete the 300-megawatt Tarfaya project by the end of 2014, the Paris- based utility said today in a statement. The partners, using a 360 million-euro ($488 million) loan from Moroccan banks and 90 million euros of their own capital, will share development costs equally.

GDF Suez and Nareva have signed a 20-year agreement to sell the power generated at their project in the southern coastal desert to Morocco’s Office National de l’Electricite & de l’Eau Potable. “Optimal” wind conditions will give the site a utilization rate of 45 percent, GDF Suez said.

Full commissioning of the wind farm is anticipated at the end of 2014.

Gérard Mestrallet, Chairman and CEO of GDF SUEZ commented: “The Tarfaya project is in line with the Group’s development strategy in fast growing markets. We are pleased to support Morocco’s ambitions to increase its renewable energy sources with this project, which will almost double the country’s wind capacity. As the largest wind farm ever constructed by GDF SUEZ, it also demonstrates our commitment to investing in renewables as well as delivering essential energy infrastructure to Africa.”

Tarfaya is a coastal desert location in southern Morocco with optimal wind conditions. When fully operational, the 300MW wind project is expected to yield a high load factor of 45%, which makes it a competitive renewable energy source that will save 900,000 tons of CO2 per year. The wind farm will represent around 40% of the country’s total wind capacity at commercial operation date.

In Morocco electricity demand growth has averaged 6% per year since 1998 and will continue to grow in the next 20 years. In this context, the Tarfaya project marks a milestone in Morocco’s energy strategy, which aims to achieve 42% of installed generation capacity from renewable energy by 2020.

This project illustrates GDF SUEZ’s commitment to wind generation and follows the selection of GDF SUEZ as preferred bidder for West Coast 1, a 94MW wind project in South Africa, in 2012. GDF SUEZ has a 3,907MW wind generation capacity1 worldwide. The project achieved financial close on 26 December 2012. It will be financed through a blend of equity and local debt financing, with the equity shared 50% GDF SUEZ and 50% Nareva. The debt financing of 4 billion dirham (€360 million2) will be provided by a consortium of three Moroccan banks: Attijariwafa Bank, Banque Centrale Populaire and Banque Marocaine du Commerce Extérieur.