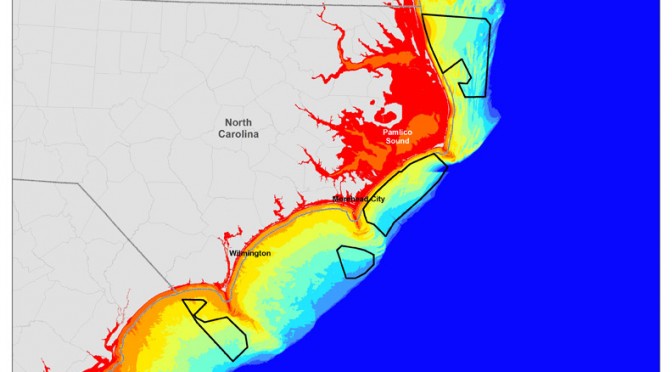 Meanwhile, federal authorities have extended the time people have to comment on proposed leases for offshore wind energy along the North Carolina coast.

The governor sent a letter to the Bureau of Ocean Energy Management’s Office of Renewable Energy Programs Jan. 22. The letter announced that the N.C. Energy Office, with the governor’s support and along with the N.C. Intergovernmental Renewable Energy Task Force and the BOEM, supported the DOI’s decision to go forward with designating three sites off the state coast for development of offshore wind energy.

“I believe an ‘all-of-the-above’ energy plan that includes wind is vital to a prosperous energy future in North Carolina,” the governor said. “I have pledged to establish a partnership with neighboring states to develop offshore resources and recruit companies to bring a much-needed infusing of energy, jobs and investment to the state.”

Gov. McCrory said local, state and federal officials, as well as business and community leaders, have been meeting for almost two years to discuss ways to move forward with coastal wind energy development. He said developing commercial wind farms off the coast could stimulate factory development in North Carolina.

“Development of commercial wind power off the North Carolina coast could help diversify the portfolio of renewable energy sources in the state,” he said.

“The National Renewable Energy Laboratory has estimated that developing North Carolina’s offshore wind energy resources could generate $22 billion in new economic activity and create as many as 10,000 permanent jobs,” the governor said. “This potential has been solidified with the recent renewal of the federal wind production tax credit.”

Gov. McCrory was referring to the tax credit in The American Taxpayer Relief Act of 2012, also known as the Fiscal Cliff Bill, that President Barack Obama signed Jan. 2. The renewed bill allows taxpayers to claim 2.2 cents per kilowatt per hour in tax credit for wind energy produced for a 10-year period from a wind facility placed in service by the end of 2012.

The bill was renewed through this year. It was also modified to allow renewable energy facilities being construction before the end of the year.

“It will continue to fulfill work toward an ‘all-of-the-above’ strategy to move our nation toward greater energy independence,” he said.

Call for Information and Nominations

While Gov. McCrory is siding in favor of developing offshore energy, BOEM is looking for more input and opinions from other people on developing North Carolina wind energy. The bureau announced it’s reopening the comment period on the Call for Information and Nominations for three areas off the state coast.

The three areas being looked at are outside Carteret County. The first is in the Outer Banks, the second is 17 miles south of Bald Head Island and the third is 11 miles southeast of Sunset Beach.

The call is being reopened to gauge the offshore wind industry’s interest in acquiring commercial wind leases in three areas offshore North Carolina and to request comments regarding site conditions, resources, vessel traffic, visual impacts and other uses within the call areas.

BOEM is also reopening the public comment period on its Notice of Intent to Prepare an Environmental Assessment. Through the NOI, the bureau is seeking public comment for determining significant issues and alternatives to be analyzed in the EA. The EA will consider potential environmental and socioeconomic impacts associated with issuing commercial wind leases and approving site assessment activities on the lease areas.

The call and the NOI were originally published in the Federal Register on Dec. 13, 2012, for a 45-day comment period that ends on Jan. 28. BOEM has decided to reopen the comment periods at the request of a number of stakeholders seeking more time to submit comments and nominations.

The comment periods will be reopened for an additional 30 days. The closing date will be listed in the Federal Register Notices announcing the re-opening of the comment periods. BOEM expects the notices to be published within the next two weeks and will send out confirmation once they do.