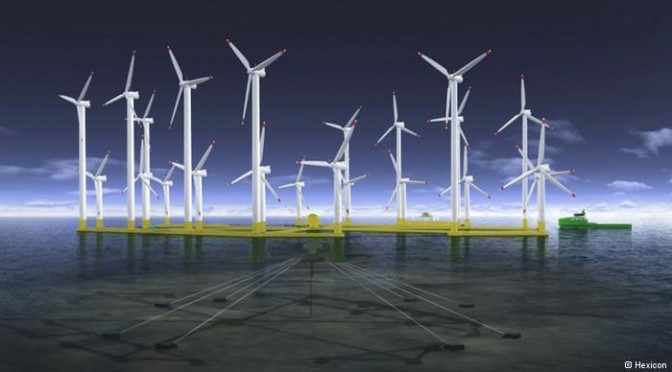 The Maine Public Utilities Commission should be congratulated for a forward-looking decision last week that opened the door to an emerging industry for Maine.

In its 2-1 decision, the PUC accepted a term sheet with the Norwegian company Statoil, which proposes to spend $120 million on four floating wind turbines off the coast of Maine. Under the deal, Maine consumers agree to buy the power the turbines produce for the next 20 years.

If that was all that were involved, this would not look like a very good deal. The floating wind farm would produce only 12 megawatts of power, far less than what comes out of a gas-fired plant such as the rated 550-megawatt Calpine plant in Westbrook. And the price consumers would pay for the offshore wind power would be nearly double the kilowatt-hour price they pay for gas-generated electricity.

As PUC Commissioner Tom Welch pointed out, however, the potential that this deal would unlock outweighs its upfront costs.

“If the only thing you wanted to do was get 12 megawatts for 20 years, this is not what you would do,” Welch said.

This is a pilot project, however, and it will be used to develop the technology to expand the facility by the end of the decade into a full commercially viable wind farm that sells power for competitive prices.

This would be the first floating offshore wind power plant in the United States and one of the first in the world. The pilot project would create not only construction jobs, but also would create permanent jobs in a new industry. If it succeeds, Maine’s renewable energy sector could take off like the tech centers in Silicon Valley, or Route 128 around Boston.

The PUC deserves credit for reaching this decision while being pressured by Gov. Paul LePage to say no. The decision was slammed in a news release, in which the governor fumed that adding 75 cents per month to consumers’ electric bills would make it more difficult to attract business to the state.

That position seems to miss the most important fact about this project: The project represents not just a new business, but also a new industry for the state. If successful, it could lead to a billion-dollar investment here and solidify our position as a leader in clean energy production.

The decision doesn’t guarantee that Statoil will go ahead with the project, but clearing PUC approval was a major hurdle. The commissioners should be praised for their vision.