Today His Royal Highness, Crown Prince Haakon of Norway will officially open the Sheringham Shoal offshore wind farm built off the coast of Norfolk, UK, by the owners Statoil and Statkraft.

Sheringham Shoal is owned equally by Statoil and Statkraft through the joint-venture company Scira Offshore Energy Limited. The opening takes place four years after Scira was granted consent by the UK government, and three years after the initial construction works began.

“Statoil has utilised competence from 40 years of offshore oil and gas activities to complete the Sheringham Shoal offshore wind farm. Together with our partner Statkraft we have benefitted from good cooperation with UK authorities, local communities and suppliers. I am proud to say that as a result of this joint effort, we are now able to deliver our first large-scale commercial project within renewable energy,” says Statoil chief executive Helge Lund. 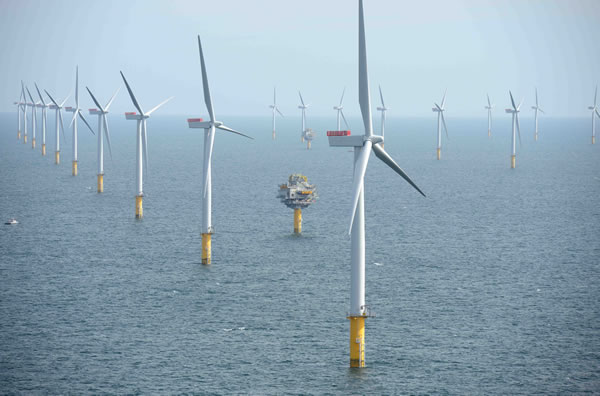 The Sheringham Shoal Offshore Wind Farm, the UK’s single largest in operation, will be opened today by Crown Prince Haakon of Norway

“The completion of Sheringham Shoal is a milestone based on Statoil’s offshore experience and Statkraft’s competence as Europe’s largest generator of renewable energy. The electricity produced makes a significant contribution to the ambitious UK plan to increase the level of renewables, and creates local jobs and growth opportunities,” says Statkraft’s president and CEO Christian Rynning-Tønnesen.

“We need to get the economy moving again, and a massive expansion in home grown, clean, renewable energy capacity is central to this. Sheringham Shoal will play an important part; supplying power to 220,000 homes, and providing jobs in the local community. Today’s opening is also an illustration of the strength of the UK’s strategic relationship with Norway. Investment in the UK’s energy mix needs to come from increasingly new and diverse sources, and this project is an excellent example of that.”

The local Scira organisation in North Norfolk has been preparing for the operational takeover for the past three years and now some 60 local people are employed full-time to operate and maintain the wind farm.

The completion of the Sheringham Shoal Offshore Wind Farm means the UK now has more than 2.5GW of operational offshore wind energy capacity and retains its position as the world leader in installed offshore wind.

Statoil and Statkraft, together with RWE and SSE, are also partners in the Forewind consortium. The aim of the consortium is to achieve consent for the Dogger Bank project 120 kilometres off the UK coast, potentially the world’s largest offshore wind development.