The European Union has passed the milestone of 100 gigawatt (GW) of installed wind power capacity, according to the European Wind Energy Association (EWEA).

100 GW of wind power can generate electricity over a year to meet the total consumption of 57 million households, equivalent to the power production of 39 nuclear power plants.

It took the European wind energy sector some twenty years to get the first 10 GW grid connected. It only needed 13 years to add an additional 90 GW. Half of the total European wind power capacity has been installed over the past six years.

‘It would require burning 72 million tonnes of coal annually in coal fired power plants to match Europe’s annual wind energy production. Loading that amount of coal on trains would require 750,000 wagons with a combined length of 11,500 kilometres – the distance from Brussels to Buenos Aires, Argentina,’ said Christian Kjaer, CEO of EWEA. 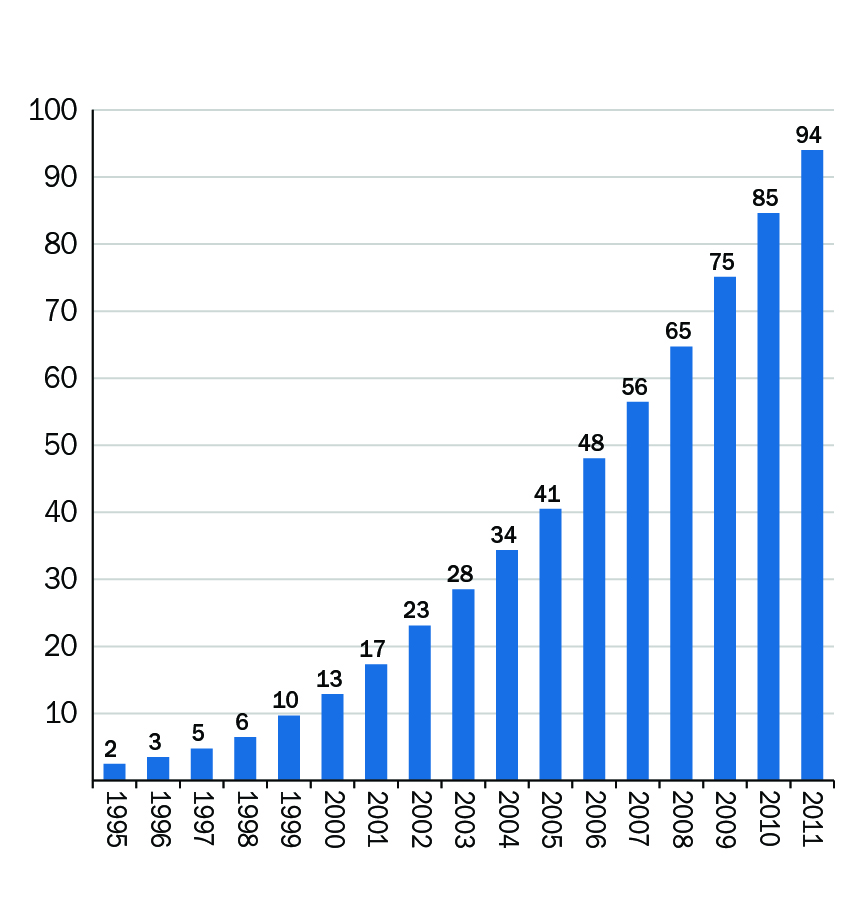 ‘Despite only utilising a tiny fraction of Europe’s vast domestic wind energy resources, wind power is having a substantial impact on Europe’s energy security and environment, and benefits us hugely in creating green jobs and technology exports’, said Kjaer.

Recent wind turbine installations contributing to the 100 GW milestone include:

100 GW of wind power can produce the same amount of electricity over a year as:

To produce the same amount of electricity as 100 GW of wind turbines in a year you would have to: