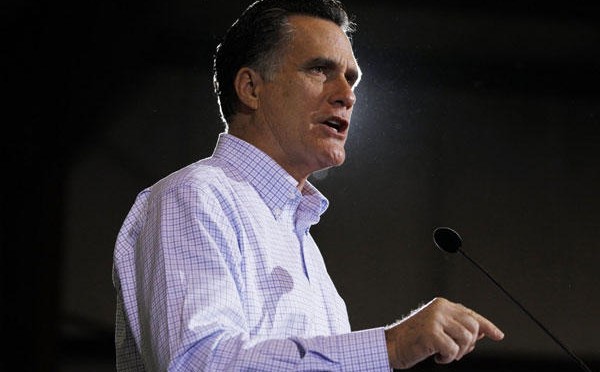 A vitally important tax credit to help build a wind energy industry in this country expires at the end of this year without Congressional action, and the old oil and coal industries — along with certain other countries — want to make sure it does expire.

There has been a recent flurry of propaganda attacks on wind and solar energy by oil-and-coal-backed conservatives.

The fossil-fuel industry is fully developed after many decades of government help. Going up against a fully-developed industry like oil and coal is enormously expensive, and the industry is trying to block We, the People from triggering private investment to help get us out from under its grip. It has nothing to do with government interfering in markets, or “picking winners and losers,” this is about us helping offset the enormous competitive advantage oil and coal have due to government investment and assistance in oil and coal in prior decades. We do this because We, the People see the benefits and prosperity that will come to us from developing these alternative energy industries.

Oil and coal are, to put it mildly, entrenched in our economy, and, to put it mildly, make out very, very well because of that. Various forms of government assistance put them there and keeps them there. Aside from direct help like the tax breaks to the companies themselves and keeping taxes low at the pump (compare the cost of gas here to other countries), there are support structures like the cost of the vast military complex that keeps the oil flowing, building roads instead of rail, etc., and then of course there’s the cost to us of that whole “let them dump their waste products into the environment for free” thing.

As a result vast ecosystem supporting the oil and coal industries has been built up over the decades. Delivery systems like pipelines, rail lines, gas stations, etc. are examples of this ecosystem that supports the fossil-fuel industry. Existing refineries were enormously expensive to build. So this industry now rests on decades of capital investment. The investment paid off, provided a vast return, and now offers a competitive advantage over other, newer forms of energy. A barrel of oil comes from the ground from an existing well, or a new well that benefited from decades of technological research and development, much of it helped along by government.

“Renewable” forms of energy do not yet have such an ecosystem. The manufacturing, power grid, etc. are all brand new technologies, that need the kind of investment that lets them build the supply chains, expertise and other things that get them to the trigger point where they can take off. This is enormously expensive to develop — no matter how great the payoff will be. Countries like China get this, and are helping build those manufacturing ecosystems in their countries. Here, however, we have the entrenched political power of the super-wealthy oil and coal companies in the way, fighting tooth and nail to stop the development of this industry. (And, of course, countries like China have every incentive to do what it takes to keep us from developing this industry here.)

Instead of just building up the ecosystem of an industry like alternative energy itself, our government helps trigger private investment by providing tax breaks that help overcome the competitive advantage that decades of investment has brought to established industries. Specifically, to help trigger investment in alternatives like solar and wind energy, our government gives tax credits to these industries so their product can compete now with energy products from oil and coal companies that have already made the huge capital investment (with government help) required to build their ecosystems.

Tax breaks help bring the price of a product down versus the product of an entrenched, developed industry, so new companies can grow and their supply chains and expertise and facilities can develop, until such time as they are far enough along to compete on their own. We, the People (government) do this when we feel it is to our benefit for an industry to develop here. We, the People (government) did this with aerospace, semiconductors, computers, biotech and other modern industries. These are examples of how we can trigger this effect, and then prosper because we did.

When We, the People decide that we will benefit from helping a new industry develop, then yes, We, the People pick a winner, because it benefits us and we prosper as a result.

We, the People (government) did this with these tax breaks for alternative energy. Now the entrenched interests are pulling out all the stops to try to get rid of those tax breaks before the alternative energy industry takes off here. They call it “picking winners and losers” and say it is “interfering with the market” when in fact the oil and coal ecosystem currently is “the winner” because of decades of various forms of government assistance. We, the People (government) assisted those industries because at the time we wanted to grow our economy, and now we want to assist alternatives like solar and wind, because being chained to oil and coal is holding us back and harming the environment. This is supposed to be about what We, the People benefit from, not an entrenched, wealthy few and the power they have to influence and control government decision-making.

The federal renewable energy production tax credit (PTC) provides an income tax credit of 2.2 cents/kilowatt hour for the production of electricity from utility-scale wind turbines, and is set to expire on December 31, 2012…. Without the tax credit, chances are that fewer turbines will be produced and installed. That could have devastating ripple effects on jobs, according to some experts. Last time the PTC was allowed to expire in 2004, installations of new wind turbines dropped as much as 93 percent, according to the American Wind Energy Association, throwing the industry into a perpetual boom-bust cycle that has stunted its growth.

… 37,000. That’s the number of jobs the Obama administration says are at risk without the energy tax credits, not a small number considering millions of Americans remain unemployed.

Here are some examples of oil-and-coal-backed (and foreign-backed) conservatives using various forms of trickery to fight againt the development of an alternative-energy industry in the United States.

The wind production tax credit is set to expire at the end of this year, which has the industry crying out for continued subsidies. … The credit is a huge handout to wind producers, allowing them to sell their electricity for less than market price. …

The problem is that wind and solar still can’t make a go of it without subsidies. Solyndra is merely the most famous of the solar-power failures. Earlier this month United Technologies sold its more than $300 million investment in wind power, with CFO Greg Hayes telling investors, according to press reports that: “We all make mistakes.” He added that the market for renewables like wind “as everyone knows, is stagnating.” Someone alert the White House…. the coal, oil, and natural gas industries paid more than $10 billion of taxes in 2009. Wind and solar are net drains on the Treasury.

… Why not eliminate all federal energy subsidies? This would get the government out of the business of picking winners and losers—mostly losers.

(Note that companies like Solyndra have failed as the result of countries like China subsidizing the development of alternative-energy industries in their own countries.)

Breitbart.com: DEAR BIG WIND: IT’S NOT YOU, IT’S ME,

The industry’s taxpayer-funded subsidies are set to expire at the end of this year – and Congress shouldn’t reauthorize. Continuing to subsidize a non-profitable industry to the tune of another $1.6 billion would be throwing good money after bad….Meanwhile, other U.S. energy producers are competing in a market where the government has revealed a preference, allowing wind producers to take a 2.2-cent write-off for each kilowatt-hour they produce. But, neither Democrats nor Republicans want to remove the teat from which the wind industry gets its fix.

(Was that written by lobbyists, or just dictated by them?)

By Dave Johnson. This post originally appeared at Campaign for America’s Future (CAF) at their Blog for OurFuture. I am a Fellow with CAF.