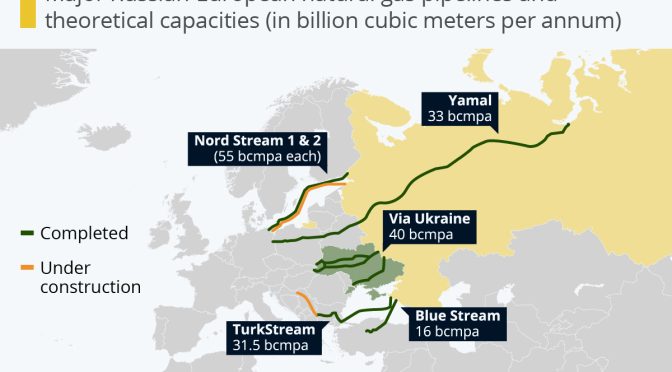 Prices of all European electricity markets rose significantly in the first week of March, a behaviour that continued at the beginning of the second week of the month, when records were registered in most markets. Behind these rises is the increase in gas prices, which are reaching record highs after the start of the Russian invasion of Ukraine. Brent futures also rose while CO2 futures dropped to November 2021 values.

During the week of Monday, February 28, the solar energy production increased by 44% in the German market compared to the previous week. In the Iberian Peninsula the increase was 17% and in the Italian market 4.3%. On the contrary, in the French market, the production decreased by 4.5%.

In the first week of March, the wind energy production increased by 21% in the Portuguese market compared to the previous week. On the contrary, in the markets of Germany, France, Italy and Spain there were production decreases of 73%, 61%, 32% and 3.0% respectively.

For the second week of March, AleaSoft Energy Forecasting’s forecasts indicate that the wind energy production will be higher than that registered the previous week in all the analysed markets, although little variation is expected in the Portuguese market.

The electricity demand decreased in most European electricity markets during the week of February 28 compared to the previous week. The largest drop was registered in the market of the Netherlands and was 2.4%, followed by the decreases of 2.3% in the German market and 2.1% in the Portuguese market. In the markets of Belgium, Spain and France, the decreases were 1.6%, 0.9% and 0.8% respectively.

For the second week of March, the AleaSoft Energy Forecasting’s demand forecasting indicates a recovery in most European markets, except in the markets of Italy and Great Britain, where the demand is expected to fall.

During the first week of March, prices of all European electricity markets analysed at AleaSoft Energy Forecasting increased considerably compared to the previous week. The largest variation was that of the EPEX SPOT market of Germany, with a 115% increase in prices, while the MIBEL market of Portugal and Spain was the one with the lowest increase, of 45% and 46% respectively. In the rest of the markets, the price rises were between 49% of the Nord Pool market of the Nordic countries and 65% of the N2EX market of the United Kingdom.

In the week of February 28, average prices exceeded €300/MWh in most analysed electricity markets. The highest average was that of the British market, which reached a value of €343.96/MWh. On the other hand, the lowest weekly average price, of €151.04/MWh, was that of the Nord Pool market. In the rest of the markets, the prices were between €294.26/MWh of the EPEX SPOT market of the Netherlands and €325.64/MWh of the IPEX market of Italy.

At the beginning of the week, the daily prices began above €200/MWh in most markets and on March 6 record prices for a Sunday were reached, which were above €329/MWh, and exceeded to those registered on December 19, 2021 in most European markets. In the case of the Nord Pool market, the second highest price for a Sunday was reached, of €162.48/MWh, after the one reached on November 28 of the previous year.

For Tuesday, March 8, prices of most European markets exceeded the record values registered in the month of December 2021. In the markets of Italy, Spain, Portugal and France, historical maximum prices were registered, of €587.67/MWh, €544.98/MWh, €542.78/MWh and €540.66/MWh respectively. In the markets of Germany, Belgium and the Netherlands, record values were also registered that were between €487.57/MWh and €443.32/MWh.

Regarding hourly prices, on Tuesday, March 8, historical maximum prices were reached for the hourly period from 7 p.m. to 8 p.m. in the Spanish market and in the Netherlands, of €700/MWh, and of €688.59/MWh in the Italian market. In the Portuguese market, for the hours between 6 p.m. and 10 p.m., the record price was €651/MWh.

Despite the drop in demand and the recovery of solar energy production in most markets, the drop in wind energy production and, above all, the increase in gas prices as a result of the conflict between Russia and Ukraine, boosted prices in all European markets from the beginning of the week of February 28.

At the end of the first week of March, electricity futures prices for the next quarter registered considerable increases in all markets analysed at AleaSoft Energy Forecasting. In the ICE market of the Nordic countries, the smallest increase between the sessions of February 25 and March 4 was registered, with an increase of 42%. In the rest of the markets, price increases were above 70%. In the EEX market of Germany, prices increased by 97%, thus being the market with the highest price rise between the mentioned dates.

On the other hand, regarding prices of electricity futures for the year 2023, the EEX market of the United Kingdom was the only one in which a drop in the settlement price was registered in the session of March 4, which was 21% lower than the price of Friday, February 25. In the rest of the markets, increases of between 9.6% and 20% were registered.

Settlement prices of Brent oil futures for the Front?Month in the ICE market remained above $100/bbl during the first week of March. The weekly maximum settlement price, of $118.11/bbl, was reached on Friday, March 4. This price was 21% higher than that of the previous Friday and the highest since the beginning of May 2012. At the beginning of the second week of March, the upward trend continued and on the 7th the settlement price was $123.21/bbl, 4.3% higher than that of the previous session.

The evolution of the conflict between Russia and Ukraine favoured the increase in Brent oil futures prices, due to fears of a possible ban on imports of Russian crude or interruptions in supply.

In response to this situation, the member countries of the International Energy Agency agreed on March 1 to release 60 million barrels of oil from their strategic reserves. On Friday, March 4, the table with the contributions corresponding to each country was published.

As for TTF gas futures prices in the ICE market for the Front?Month, the first week of March they had, in general, an upward trend. As a consequence of the increases, a settlement price of €192.55/MWh was reached on Friday, March 4. This price was 104% higher than that of the previous Friday and the highest since at least October 2013. However, in the session of Monday, March 7, this maximum was exceeded again. During that session, the futures were traded above €200/MWh, reaching €345/MWh at some point, to finally settle at €227.20/MWh, a value 18% higher than in the previous session.

The fear of interruptions in the supply of gas from Russia or sanctions on its importation favoured the upward trend in the TTF gas futures prices. The forecasts of a cold snap and a decrease in wind energy production, which would favour high levels of demand in the coming days, also contributed to the increase in prices.

Regarding CO2 emission rights futures prices in the EEX market for the reference contract of December 2022, during the first week of March they fell until registering a settlement price of €65.10/t on Friday, March 4. This price was 26% lower than that of the previous Friday and the lowest since the first half of November 2021. In the session of March 7, the downward trend continued and the settlement price was €58.30/t. The high gas prices associated with the war in Ukraine led to a lack of liquidity in the CO2 emission rights market, causing the fall in prices.

On March 17, a new AleaSoft Energy Forecasting’s webinar will be held in which the evolution of the energy markets will be analysed in light of the most recent events. On this occasion, speakers from EY will participate, who will provide their vision on current regulations in Spain and their prospects for the renewable energy projects financing, the importance of PPA, the self?consumption and the main elements to take into account in the renewable energy portfolio valuation.