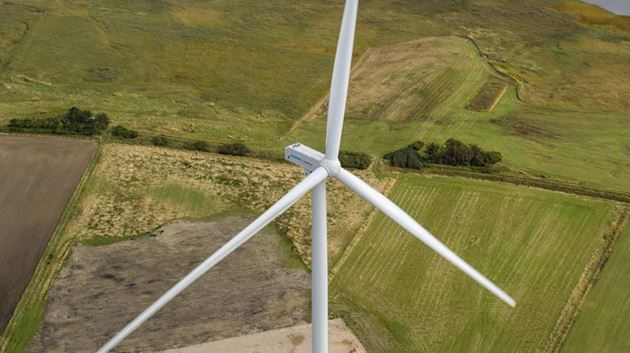 COP26 saw strong progress made towards agreeing a common commitment to achieve Net Zero and create a pathway to reach a 1.5C trajectory. However, countries will need to move fast to align on Nationally Determined Contributions that are fully consistent with this goal ahead of COP27. And even more importantly, policy makers and stakeholders need to move quickly now from words to action, removing barriers to renewable energy deployment and enabling a just energy transition.

The Wind Industry’s Intervention at COP26

In the months leading up to the COP26 summit this year, GWEC convened the global wind industry to catalyse greater ambition for wind energy around the world. Following the launch of the “Wind. Are You In?” campaign in June, which brought together voices from across industry and civil society, GWEC issued a stark warning to G20 leaders on the dangers of missing our shared Paris Agreement targets. The letter warned that progress on the ground is not in line with ambition; in most global economies, lofty targets are not yet backed up by action plans or policy frameworks.

In October, we worked with leading wind companies and national industry associations to publish the Global Wind Energy Manifesto for COP26. This document called upon policymakers to accelerate the deployment of wind energy, in line with a net zero by 2050 pathway. We set out the huge benefits for global governments in rapidly scaling up wind power, which we stressed could generate a wave of public and private investment into the energy transition.

In November, GWEC represented the global wind industry in Glasgow with a Wind Pavilion in the heart of the Blue Zone, where we held bilateral discussions with over 50 government delegations, hosted 13 events on wind’s role in climate change mitigation, and engaged with hundreds of stakeholders under the UNFCCC process.

GWEC also announced the creation of a number of new initiatives and partnerships at COP, including the creation of the Global Offshore Wind Alliance, and the signing of an MOU to create a new alliance with the solar industry.

As the summary outcome of COP26, the Glasgow Climate Pact crystallises the direction of the energy transition, calling upon all 197 Parties to the Paris Agreement to “rapidly scale up clean power generation and accelerate efforts towards the phasedown of unabated coal power and phase-out of inefficient fossil fuel subsidies.” These are important signposts for what is required to limit global warming and meet the Paris targets – now it is critical to move from words to action, at a pace which will allow us collectively to achieve our goals and seize the economic opportunities of the transition. .

As large-scale, cost-competitive and indigenous renewable energies, onshore and offshore wind will be at the heart of the modern and sustainable energy systems of the future. Nearly 800GW of wind power worldwide already helps the world to avoid more than 1.1 billion tonnes of CO2 emissions each year – equivalent to Latin America’s entire annual carbon emissions. It is now imperative to accelerate wind power at a new, accelerated rate to displace coal and fossil fuels and mitigate climate change.

In the IEA and IRENA roadmaps to net zero by 2050, wind energy makes the largest technology contribution to the energy transition over the next three decades, providing 35% of total power. It plays a cross-cutting role in revitalising national infrastructure, transforming economies and communities for good, and supporting nature and biodiversity. However, we are not deploying enough wind energy – not nearly fast enough or covering enough geographies – to realise this future. https://e.infogram.com/8f7a18b3-dc6c-4550-9f89-b32d94d50980?parent_url=https%3A%2F%2Fgwec.net%2Fcop26-a-wind-industry-score-sheet%2F&src=embed#async_embed

At current installation rates (c. 90 GW per year), the world is on-track to meet only 43% of the 8TW-8.3TW of wind energy capacity needed by 2050 for a net zero world, condemning us to miss our climate goals. Without drastic action to scale up wind energy deployment, we will fail to decarbonise the power, industry, transport, heating and other sectors and fail to greatly expand green hydrogen production.

Against this urgent time horizon to act, we saw positive and less positive signs at COP26:

The submission of new NDC targets by 124 Parties, including the EU27, by COP26 shows that the Paris-based schedule of commitments is a productive mechanism. But it is not yet robust enough to encourage Parties to strengthen NDCs in line with a 1.5-degree pathway. Notably, large economies like Australia, Brazil, Indonesia, Mexico and Russia submitted new NDCs without raising their commitments. The request for Parties to “revisit and strengthen the 2030 targets in their NDCs” by the end of 2022 is a logical progression of the ratchet mechanism. A five-year NDC timeline is no longer sufficient. Parties should commit to an annual ratchet going forward, given the urgency to act will only compound as we near the end of the decade, and climate laggards continue to drag their feet. More pressure should also be exerted to reflect concrete renewable energy targets within NDCs, as these enable policy alignment between the public bodies governing climate, energy, economy, environment, infrastructure and workforce planning.

The Global Wind Energy Manifesto for COP26 called for rapid closure of coal plants worldwide beginning in 2022, in addition to compliance with existing decommissioning schedules. Coal phaseout should also extend to a ban on investment in new coal plants from public and private sector actors. We were encouraged to see that global consensus has converged on coal phase-down, and that 46 countries including Vietnam, Chile and Poland, have committed to phasing out domestic coal completely by the 2030s/2040s. We hope these countries can become regional examples of the opportunities and net-positive benefits associated with a transition from coal to clean power.

The agreement by 39 signatories, including governments, development banks and bilateral development agencies, to end new direct public support for unabated fossil fuels is a positive step. Efforts ahead of COP27 should focus on rallying governments, banks and export credit agencies to follow suit and align financial flows with “do no harm” principles which account for social and environmental impact. Importantly, as more financial and development actors invest in clean power generation, they should incorporate the perspectives of the private sector, particularly regarding project bankability and renewable energy deployment barriers.

Following several months of chaotic commodity pricing, blackouts and fuel crises, it is clear that energy markets are not fit for purpose. Without establishing clear signals on carbon and level playing fields, today’s markets will be unable to allow adequate investments to be made in large-scale renewable energy build, and will falter in the transition. Market design must shift to create systems that are flexible, demand-responsive and focused on system value, and which enact a ‘polluter pays’ principle to strongly disincentivise investment in fossil fuels. The opportunity to recognise this fundamental issue at COP26 was missed. Even on Energy Day there was insufficient attention paid to the implementation barriers holding back investment in utility-scale wind and solar (which will together generate two-thirds of electricity in a net zero world). Conversations about decarbonising the transport, heating, building and industry sectors also fell short on recognising the current hurdles to scaling supply of renewables.

Too many countries are unable to leverage the enormous interest from investors to deploy wind energy projects, due to overly complex and bureaucratic permitting schemes. Onshore wind project permitting can take 5-8 years in countries like Japan and Spain, while offshore wind projects require at least 6 years for permitting, including environmental impact assessments and stakeholder consultation. To be clear: We are squandering enormous climate change mitigation opportunities under the current pace of deployment. Accelerated development times are crucial to being fit to run this race.

Secure, smart and flexible grids which can integrate ever-larger shares of renewable energy will require enormous political commitment and collaboration. As reflected in the launch of the Green Grids Initiative, renewable energy resource outstrips global electricity demand by an order of magnitude, but in many countries grid connections, operations and distribution networks are unfit for large-scale renewables. Unprecedented levels of investment in balancing, storage and management technologies, as well as interconnections, is needed to bring wind and renewable energy to new scales.

Once again, the negotiations exposed the cost of trust between developed and developing countries in enacting a global energy transition. It is crucial that the Climate Finance Delivery Plan published during COP26 is honoured and the US$100 billion pledge is met by 2023. Discussions in the Blue Zone also reflected concerns around the economic and livelihood disruptions from the energy transition. More work is needed to bring evidence to bear on the comparative value creation and social welfare improvements brought by the transition, and the best practices which can ensure it is both just and inclusive.

The draft structure of global carbon market rules under Article 6 is a positive development, as effective and credible mechanisms are needed which recognise the societal costs of emissions and incentivise investment in low-carbon technologies. It is important that guidelines not only prohibit double-counting credits against internationally transferred mitigation outcomes, but work to deter emissions at source.

The consensus achieved at COP26 clears a narrow path to achieve our Paris targets – the key will be to urgently come together to clear away barriers to implementation. We at GWEC look forward to continuing to promote wind power as a climate change solution with our members, partners and collaborators in the run-up to COP27 next year and the decade ahead. Global Wind Energy Council (GWEC) is a member-based organisation that represents the entire wind energy sector. The members of GWEC represent over 1,500 companies, organisations and institutions in more than 80 countries, including manufacturers, developers, component suppliers, research institutes, national wind and renewables associations, electricity providers, finance and insurance companies. Find out more