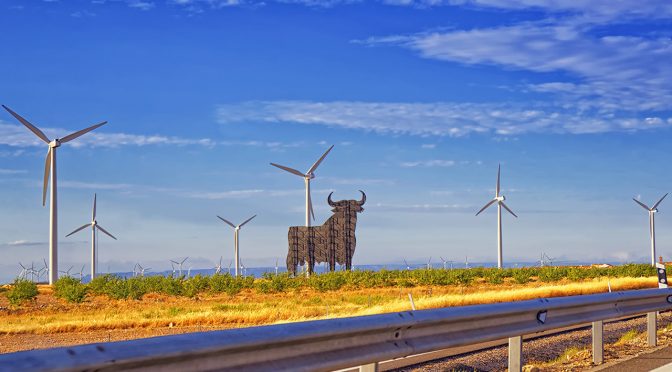 The wind energy sector is a key element for Spain’s economic recovery in the short term and for industrial and business competitiveness, which generates quality employment, puts downward pressure on electricity prices and exports services, goods and equipment, positioning our country as an international reference.
In 2020, even with the pandemic situation, the wind sector has accounted for 0.30% of GDP in Spain, has generated employment for 27,690 professionals, has allowed companies to export more than 1,748.6 million euros – positioning Spain as the world’s third largest exporter of wind turbines – and has saved 1,388.6 million euros on the import of fossil fuels. Thanks to wind power, the emission into the atmosphere of 28.7 million tons of CO2 was avoided.

The Macroeconomic Study of the Impact of the Wind Energy Sector in Spain, prepared by the consulting firm Deloitte for the Wind Business Association (AEE), analyzes in detail the benefits that the wind industry has brought to the Spanish economy and society since 2005, with the main impact in the 2020 impact.

Renewable energies are already a fully consolidated and competitive reality in the world, and in the case of Spain, it is unavoidable to increase the role of the value chain of its wind industry and its associated technological development. AEE’s Macroeconomic Study examines the impact that the wind industry has on the Spanish economy, including the effect on the Gross Domestic Product, employment, the balance of payments (particularly the impact on exports), tax collection, as well as the contribution to mitigating energy dependence on third countries and reducing greenhouse gas emissions.

Juan Virgilio Márquez, CEO of AEE, points out that “the current strength of the wind sector is the result of the constant and responsible work of an energy, industrial and innovation sector, which is strategic for the economy in Spain and Europe. The presence of more than 250 industrial centers in our country is a sign of the international positioning and resilience of the sector. It is time to assume leadership and value the contribution of wind technology to the economy and our society as a whole. We have years of intense activity and multiple challenges ahead of us, in which we expect the indicators of the contribution of wind power to be more positive year after year. The presence of the complete wind value chain in our country makes us unique in the world and is an indicator of the extent of the responsibility assumed by the sector, generating electricity at competitive prices, manufacturing wind components in our country, developing prototypes and exporting to the main international markets ”.

Juan Pedro Gravel García-Pérez, Partner responsible for Energy, Resources, Infrastructure and TMT Consulting at Deloitte, highlights that “according to the analysis we have carried out, the wind power sector has a strong impact on the Spanish economy, both in terms of wealth as well as employment. Furthermore, it contributes greatly to the achievement of the five energy policy objectives of the European Union: diversification of energy sources; reduction of greenhouse gas emissions and fight against climate change; promotion of research, development and innovation in renewable energy technologies; and, above all, the significant reduction in prices on the wholesale market. Wind energy is called to be key in achieving the objectives established in the Paris Agreement and in the National Integrated Energy and Climate Plan 2021-2030 ”.

The COVID-19 pandemic has led to a reduction in activity in all economic sectors in Spain, and the wind sector has not been immune to it. However, 2020 has been a year of increased power, job creation, exports and investments for the wind sector. In 2020, wind power has installed 1,720 MW. Furthermore, the total contribution of the wind sector to GDP in 2020 was 3,106.4 million euros. If the direct contribution to GDP of the wind sector is compared with that of other sectors of activity, it can be seen that it is similar to that of some sectors that have traditionally been very relevant in Spain.

2020 has been an important year for wind power in Spain with a strong increase in installed power with 1,720 new MW. As of December 31, 2020, Spain had a total of 27,446 MW of wind power installed, consolidating wind power as the first technology in the electricity mix by installed power and thus constituting a historic milestone in our country.

The wind sector identifies some challenges in the near future, among which we can highlight:

Continue betting on auctions differentiated by technology and with a wind power quota dimensioned to the industrial capacity of manufacturing components in our country and to the objective of the PNIEC. It is necessary to evolve the design of auctions, and focus them on value and not price, so that they ensure the supply chain in its design.
Maintain an adequate rate of installation of wind farms to comply with the PNIEC in 2030. For this, it is essential to achieve streamlining, simplification, standardization and interregional coordination of administrative processing processes in order to comply with the CE Renewables Directive and evolve the existing regulation so as not to jeopardize the rate of advance of the PNIEC and the attraction of investments.
Streamlining and Facilitating Repowering Projects through auctions or other similar mechanisms for assigning the remuneration framework.
Compliance with the Roadmap, approval of the planning of maritime space, urgent update of the existing regulation and call for auctions for floating offshore wind farms.
Use of European Funds to promote wind projects of a tractor industrial dimension, for economic reconstruction. Advance in the figure of PERTE as a suitable instrument.

The main indicators of the wind sector in Spain

Wind power in the Autonomous Communities

Wind farms generate industrial activity in the territory, derived from the construction and maintenance activities of the parks. This allows that, in the municipalities where the wind farms are located, it has been possible to develop industrial plans based on the value chain of the wind activity. This has led to the creation of direct and indirect jobs, and the birth of new companies of different types.

In Spain, in 2020, of the total of the 8,135 existing municipalities, there are wind farms in 745 localities. There are provinces with a higher concentration of wind farms. In general terms, of the 52 provinces of Spain, and discarding the 7 in which there is no wind power, it is observed that the average income per person is higher in 25 provinces with wind farms.

Wind power in the world. Sustained growth in onshore wind and take-off in offshore wind