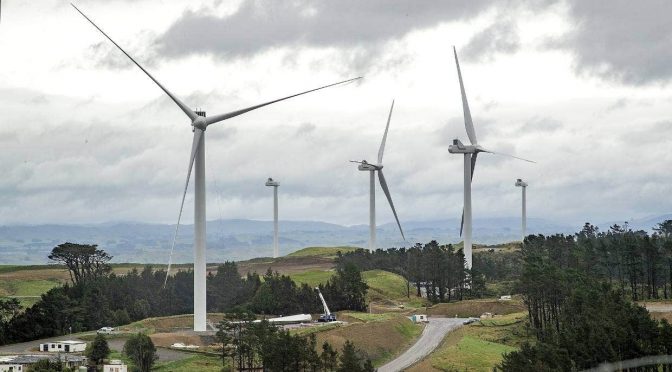 When fully operational, the Turitea wind farm is expected to produce enough wind energy to power 375,000 electric vehicles per year. Wind turbines take shape on the ridges of Tararua. Mercury’s Turitea wind farm in the Tararua Range above Palmerston North is warming up for generation as wind turbine blades join standby towers.

In recent weeks, Smith Crane and Construction has transported some 42 giant 55-meter Vestas blades using a manipulator from a central city storage yard and up the Pah?atua Track to the wind farm, the first time the gear has been used. in New Zealand.

So far, 14 wind turbines have been fully assembled, and many are clearly visible on the horizon as the clouds recede.

Mercury’s Generation Development Manager Dennis Radich said it was good to see progress after the shovel handler solved the challenge of getting them to the site. “It’s great to see turbines fully installed on the hill now,” he said.
“We are also approaching the point of the first generation of electricity to be sent over the transmission line from our north substation to Linton.

“We expect that to happen in the next six to eight weeks, depending on the progress of our contractors.”

The transmission line from the North Turitea substation to Linton has been successfully tested and the substation is expected to come online in mid-July. As towers on the 33-turbine north stage of the 60-turbine, $ 465 million project are completed, sediment controls are being removed and site rehabilitation begins.

An operations and maintenance building was nearing completion, which would provide a continuous base for Vestas and Mercury when the wind farm was completed.

In the second stage of the project, another 27 wind turbines will be installed south of the Turitea Reserve, the city’s water catchment area.