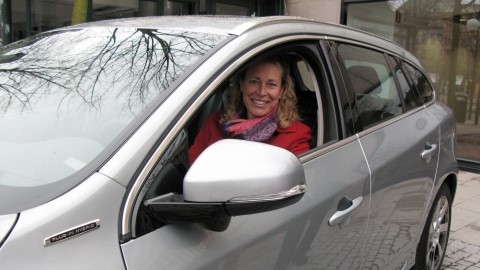 ”Vattenfall and Volvo Cars have a long history together and high environmental ambitions. We early realized that the future of transportation is electrified. In addition to electricity knowledge, Vattenfall initially invested 1.2 billion SEK. Now when we close our books, this investment has generated royalty incomes of over 2,5 billion SEK, for Vattenfall based on sold plug-in hybrid cars, says Annika Ramsköld, Head of Sustainability at Vattenfall and chairman of the V2 board.

“When we started, we estimated 175 000 sold cars, but all our expectations have been highly exceeded and we can now sum up close to 275 000 sold Volvo cars with the plug-in technology, she adds.

The world´s first diesel plug-in hybrid, the V60 model, was presented at the Geneva Auto Salon in March 2012, and was an instant success. After this introduction more car models have been using the plug-in-hybrid technology and now all Volvo’s car models have the technology.

“Our partnership with Vattenfall allowed us to start offering our customers cars with an even smaller environmental footprint. In the common corporation we have efficiently combined our different competences. The result is a strong partnership where we could look at electricity as a fuel for cars from two different but equally important angles. I hope that what we have achieved, can be further inspiration to others”, says Andreas Olsson,  at Volvo Car Corporation.

“It was a unique cooperation with Volvo Cars and the first large partnership with another industry. We have learnt a lot that we have been able to apply in new corporations aimed at developing methods to reduce emissions, like in Hybrit with SSAB and LKAB to produce fossil free steel. In 2016, we introduced InCharge and are building northern Europe’s largest charging network together with partners, as we speak we have over 22 000 charging points connected to InCharge”, says Annika Ramsköld.