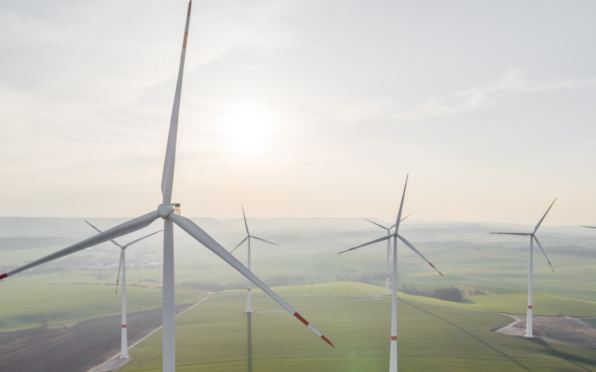 The Nordex Group is growing and is in the process of standardizing the legal structures of its national companies worldwide. With today’s registration of the newly-established Nordex Germany GmbH, the group is uniting its customer activities in Germany in one company. In the future, sales, project management and technical support service for Nordex wind turbines in Germany will all be handled by Nordex Germany GmbH. So, this issue of our “The Nordex Group around the world” series takes look at the German market.

For Germany to meet its climate goals, the German parliament passed a bill last year to increase the percentage of renewable energies in the overall energy consumption to 65% by 2030. The target, considered to be controversial and ambitious, for onshore wind energy was set at 71 GW. Experts expect that it requires significantly more than 71 GW to contribute to the 65% of renewable energies in order to meet the increase in energy demand by 2030. Also, land designation, planning permissions and repowering will have to be handled more dynamically in order to reach the specified goals. By the end of 2020, Germany saw the installation of nearly 54 GW of onshore wind power capacity, which makes Germany the leader across Europe.

The Nordex Group is well positioned in the German market and succeeded in capturing around 30% of the approved megawatt volume in 2020. This success can be attributed mainly to the Delta4000 series; in 2020, N149/4.0-4.5 was the wind turbine with the most planning permission granted of all manufacturers in the country. With its Delta4000 platform, the Nordex Group relies on proven technology. Performance-enhancing concept adjustments were made to the basic design of the Delta platform to fit the 4 and 5 MW turbines – with the aim to consistently reduce the cost of energy. Following the company’s design and operating strategy, the N149/4.0-4.5 of the Delta4000 series was the first turbine with flexible rated power worldwide. N149/5.X and N163/5.X, the 5.X turbines of the Delta4000 series, take this flexibility up to the next power level. The turbines have noise and load-optimized modes for sites with low to medium wind speeds. This allows a wind farm to be optimized for AEP, business case or noise level requirements in order to meet customer requirements.

In Germany, the repowering of wind turbines is also gaining in importance. Thanks to technological developments in recent years, older wind turbines are being replaced by new, more powerful turbines without designating more land. This makes repowering an attractive solution for the increase in the power yield of existing wind farms which are already widely accepted by the public. In March this year, the Nordex Group received an order for a new repowering project in the “Reußenköge” community wind farm in North Frisia, where twenty N117/3600 wind turbines will replace the existing 2 MW turbines. The decisive factor was in particular the Delta range turbines’ low sound power level. The installed capacity will almost double, with reduced noise emissions for local residents.

The Nordex Group has been a pioneer in the wind power industry since 1985 and has been present in the German market since the late 1980s. Hamburg’s first wind farm still features two N27/250s – the first series production wind turbine in the world – which have been producing green energy for more than 27 years. With more than 4.7 GW of onshore wind energy capacity in Germany and another 709 MW under construction, the Nordex Group has made a major contribution to the energy transition. Its in-house production of nacelles, rotor blades and control cabinets in Rostock allow the Nordex Group to handle projects in the German market with increased local value added, short transport routes and therefore with a particularly high degree of sustainability.

In its corporate headquarters and the Global Technical Academy in Hamburg, its factories in Rostock and a sales office in Oberhausen, the Nordex Group employs around 3,100 people from 62 nations in Germany. Nordex Group customers also benefit from the regional service competence and quick response of three regional offices in Paderborn, Leipzig and Würzburg and 36 service points located throughout Germany. About 300 technicians, highly-qualified specialists and staff service and maintain turbines with a combined output in excess of 3.8 GW. In a service survey by the German Wind Energy Association (BWE) in 2020, the Nordex Group once again came second among wind turbine manufacturers and not only maintained but also improved its service quality even further despite ongoing Covid-19 constraints.

Nordex Germany GmbH with its more than 400 employees underlines the importance of the German market where, last year, the Nordex Group succeeded in sustainably increasing its market share by doubling the installed power capacity. With its excellent range of turbines, a strong local presence and more than 35 years of experience in the wind power industry, the Nordex Group is ideally positioned to install even more wind turbines in Germany this year and to continue this positive trend.