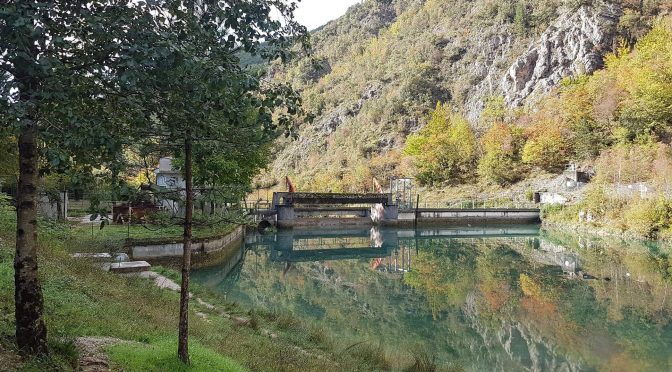 We currently have around 15 Repowering and Refurbishment projects in Italy. Because hydroelectric power is essential for the energy transition.

Hydroelectric power is Italy’s main source of renewable energy, in terms of both installed capacity and electricity production. It is also the oldest. The power of water allows us to produce energy in a way that is clean, green and flexible. Its value in not just in the amount of energy it provides, but also in its quality: hydroelectric power, in fact, provides stability to the power grid.

This is why Enel Green Power attaches great importance to its ongoing Repowering and Refurbishing campaign, which currently includes around 15 power plants with a total installed capacity of 1,100 MW.

“Hydroelectric plants play a crucial role in the security and regulation of the grid,” emphasizes Isidro Pescador Chamorro, Head of Operation & Maintenance Hydro Italy. “This is why hydropower will play a central role in facilitating the energy transition. It is therefore essential to maintain and improve the plants’ performances with these Repowering and Refurbishing activities.”

Repowering partially or completely replaces machinery or its main components – generators or turbines – as well as automation parts or hydraulic systems, to increase the installed capacity and energy production. “Repowering isn’t just replacing a piece of machinery to get more power: it means giving new life to our assets, inputting into the grid new energy that would otherwise be lost,” says Tiziana Mainieri, Head of Repowering & Refurbishment Project Execution.

In the case of Refurbishment, instead, components are replaced with other next-generation parts but the installed capacity remains the same.

The plan for action in Italy

Italy has vast hydroelectric resources: there are around 500 power plants in the country, and about 50 of them are over a century old. After all, as Pescador explains, “hydropower is a mature but evergreen technology: plants can last for many years, we just need to replace some elements and improve the performance of the older sites – and sometimes also the newer ones” built in the 1970s and 1980s.

Many of the current projects focus on plants in the Alps and in the northern Apennines, in Tuscany and Emilia. But the plan also extends to Central and Southern Italy, and in particular Lazio, Calabria and Sicily at the moment.

Local know-how and manpower are often used for this kind of activity because in Italy, as Pescador adds, “there is a great level of expertise in hydroelectric technology: therefore, there will be a remarkable economic impact on the area and the country overall, because most of the contracts for the purchase of components and services will benefit Italian companies.”

During the 2020 lockdown, only a few sites remained open between March and May (just four out of 20) because necessary activities were being carried out in plants strategic to the national grid. Work continued thanks especially to local companies that didn’t have issues getting to the plants, or with emergency logistical solutions; site visits, on the other hand, became more infrequent due to security reasons. Colleagues responsible for multiple sites used tools that enable remote and digitalized support services, like smart glasses and tablets, implemented with software for augmented reality.

Work picked up again in early May and the sites made up for any delays by rescheduling their activities. All the objectives that had been set out were achieved by the end of 2020. Now, there are around 15 ongoing projects that will wrap up by the end of this year: Crego, Cucchinadorza, Isola Serafini, Lanzada, La Penna, Livenza, Mucone I and II, Nove, Strettara, Tornavento, Turbigo Superiore, Villa Santa Maria, Villa Toce II, Bordogna, Flumendosa, Goglio, and Isola Palanzano.

On top of this, there is also the pipeline of Italian projects that will be developed over the next few years until 2030: around 50 projects for 2 gigawatts of additional capacity.

Isola Serafini is an important example of the Repowering campaign. The project started in October 2019 and will continue for the next three years, and is currently focused on groups 1 and 2. It is the largest run-of-river power station in Italy: it uses water from the river Po (not from a basin), and started operating in the early 1960s. Overall, the plant’s four groups “swirl” around 1,000 cubic meters of water per second. The station ensures great continuity, with a very high number of hours of operation per year.

The Repowering campaign will increase the capacity of two groups, from 18 to around 23 megawatts each, thereby bringing yearly production to around 510 gigawatt-hours.

The gigantic size of the components is striking: the rotor is 8 meters (26 feet) in diameter, while the rotating part of the generator measures about 10 meters (almost 33 feet).

All control systems are high-pressure today, so they require significantly less oil than in the past. Furthermore, an oil-free technology is being used, replacing the oil in the turbine with water: this way, there would basically be no environmental damage in case of leaks.

Our Repowering and Refurbishing projects are complemented by initiatives aimed at creating value for the area around the plants, not only in economic terms, through sustainable tourism, electric mobility, and the promotion of local architectural heritage. This is true for Isola Serafini, for example, where Enel is funding part of a European project to protect the European eel (i.e., the LIFEEL Project); in addition, we are completing the renovation of a former Enel guesthouse to transform it into an information center, which will also be available to schools and towns near the Po Delta Park.