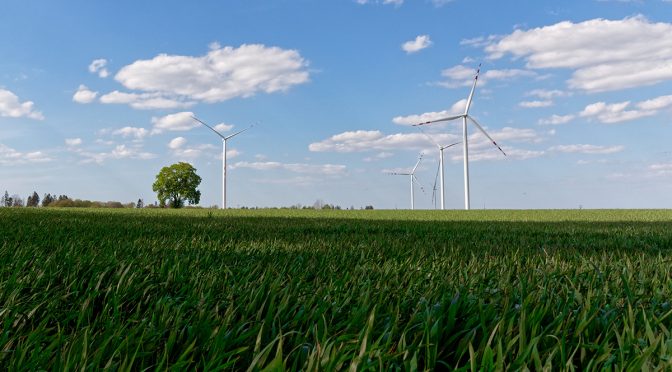 Following the purchase of a 7,300 MW offshore wind energy pipeline three months ago, the company continues to consolidate Poland as a new growth market.

Iberdrola has increased its renewable energy footprint in Poland, one of the company’s new growth markets. The group has reached an agreement with CEE Equity Partner to acquire three new onshore wind farms with a total capacity of 163 megawatts (MW). The production from the facilities is largely already covered by 10-year power purchase agreements (PPAs). Two of the projects, with a joint capacity of 112.5 MW, are already operational, while the third one, with 50.4 MW capacity, will start construction shortly.

The agreement reinforces Iberdrola’s commitment to Poland, strengthening the company’s position to be at the forefront of the energy transition in the country. It follows the recent acquisition of 70% of the developer Sea Wind, which has a pipeline of seven offshore projects with a potential capacity of up to 7,300 MW.

The transaction is in line with the Iberdrola’s growth strategy in countries with an “A” rating (amounting for over 75% of its Ebitda in 2020) and ambitious renewables targets: Poland plans to have 23% of its energy mix from clean energy by 2030 and commission 8,000 MW of offshore wind capacity in this decade.

This new acquisition also boosts the company’s renewables Baltic Sea Hub which will act as a centre for offshore and onshore services, as well as providing local content for Iberdrola’s projects in the Germany-Poland-Sweden axis. The Baltic has an offshore wind development potential of 93,000 MW, of which 28,000 MW would be located in Polish waters.

The deal announced today reflects Iberdrola’s strategy to consolidate its global leadership in wind power and comes on top of a dozen transactions completed over the past twelve months both in offshore and onshore wind. The company has strengthened its position in markets such as France, the United Kingdom, the United States and Brazil and new growth markets such as Australia, Japan, Sweden, Poland and Ireland.

For two decades, Iberdrola has been leading the energy transition, acting as a driving force in the green economic recovery, job creation and the transformation of industries.

The company has launched a major €75 billion investment plan for the period 2020-2025 , with the aim of doubling its renewable capacity and seizing the opportunities of the energy revolution facing the world’s leading economies.

After twenty years promoting the energy transition, with investments of €120,000 million euros, Iberdrola is a leader in renewable energy, with an installed capacity of close to 35,000 MW, making its generation fleet one of the cleanest in the energy sector.

With emissions of 98 grCO2/kWh, two-thirds lower than the European average, Iberdrola’s strategy of investing in clean energy and grids will make it a carbon neutral company in Europe by 2030.