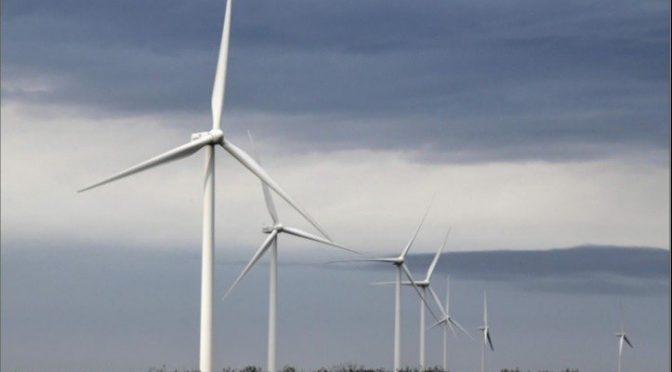 The Argentine Wind Energy Chamber (CEA) expressed the need to resolve “urgently” the situation in which companies in the sector find themselves, affected by the municipal tax that the city of Puerto Madryn seeks to impose.

Through a statement, the CEA explained that in the face of the concerns generated by the so-called “wind tax” that they seek to apply in the Province of Chubut, it submitted a request to the Ministry of Energy of the Nation, in order to request their intervention in the conflict.
According to the group chaired by René Vaca Guzmán, “in December 2019, the wind farms that had begun the construction stage and the commercial operation stage, became included in the territory of the Municipality of Puerto Madryn as a result of the extension of the municipal ejido and, in this framework, the Deliberative Council of Puerto Madryn introduced a special tax regime for wind farms located in a supervening way on the outskirts of the city, by initiating an illegitimate jurisdictional advance by the municipalities, in frank violation of national legislation ”.

In this line, the organization added that this initial progress led to the incorporation of a new specific standard for wind farms as of January 2021, where the rate is calculated by taking into account the remuneration of the energy delivered together with the quantity and power of the wind turbines in each wind farm.
According to the Chamber, “the decision of the Municipality is currently aggravated since it adopts the quantity and power of wind turbines as components of the calculation base of the rate, however, it clearly lacks the powers to review those facilities; and the calculations do not bear any relation with the extension of the supposed services that the Municipality tries to award itself ”.
In this regard, the head of the entity explained: “The promotion of energy generation from renewable sources and its protection through the establishment of different tax measures of promotion constitutes a State policy at the federal level that aims to expand participation of clean energies in the national energy matrix and, in light of these regulations, the rate is unacceptable insofar as it does not tend to reward a service that the Municipality has the legal or technical power to effectively provide in relation to the activity and facilities affected. to the generation of wind energy ”.

“The wind tax represents a measure that contravenes express prohibitions established by the national legislator, that interferes with federal energy policy, and that invades an area of ??exclusive competence of the national authorities,” said Vaca Guzmán.