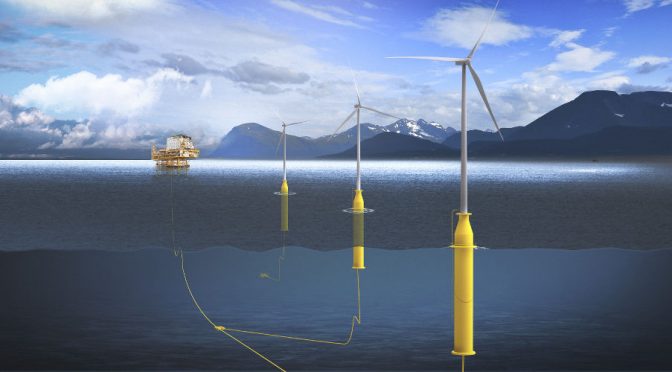 Approximately two years ago at the Asociación Empresarial Eólica (AEE) we set up the Offshore Wind Working Group, promoted by a small group of companies interested in analyzing the opportunities that were opening up in the Spanish market for wind turbines, since some technologies Floaters were beginning to reach levels of commercial development. Floating offshore wind was no longer a technological niche, and now allowed the installation of commercial parks in deep-water locations, precisely those that best fit the characteristics of the Spanish coastline. The high depths of our seas, due to the absence of a continental shelf, finally ceased to be an obstacle to taking advantage of the great wind resource potential offered by our more than 6,000 km of coastline.

At that time, the international framework was already clearly favorable for offshore wind, as a key technology in meeting decarbonisation objectives. The European Commission had established among its strategic objectives the will to become a world technology leader in floating offshore wind, through the European Strategic Plan for Energy Technologies or SET-Plan. These strategic objectives were subsequently reinforced by the great European Green Deal or Grean Deal, approved by the European Union in December 2019.

The launch of the Offshore Wind Working Group also coincided with the development of the National Energy and Climate Plans (PNIEC), which all member countries had to present to the European Union. In AEE we observed with disappointment how in the first drafts, Spain gave offshore wind power a merely testimonial character. Contrary to what many European countries did with much lower wind conditions, Spain did not include offshore wind among its objectives for 2030, while other renewable technologies with higher costs, if they were expressly included.

In this context, the Working Group began its journey by carrying out an analysis of the situation and proposing a series of measures necessary for the development of offshore wind [1]. The diagnosis was optimistic, and came to ratify what had been evident from the sector for more than a decade: Our country has a privileged ecosystem for the development of offshore wind, thanks to a series of factors that are difficult to replicate in other countries. For example:

Although the definitive text of the PNIEC did not introduce specific objectives for offshore wind, it did incorporate some positive changes that valued the current capabilities of this technology, and allowed us to have certain hopes about its future development. For example, the PNIEC qualifies the potential in Spain of floating offshore wind power as high: “… the reduction of its generation costs in real and planned installations in the short term in Europe, already shows a high potential in Spain with floating technology in the 2030 horizon ”. The need to approve a specific strategy for the development of offshore wind power in the short term was also identified.

Since then, both the wind sector and other entities have continued to deepen the aspects necessary to develop offshore wind in Spain, with the aim of moving towards an adequate regulatory framework. For example, benchmarking of international development models, support instruments, analysis of technical requirements, etc. At the same time, the European Union has ratified its firm commitment to developing offshore wind in Europe, through the Recovery Funds and the recently approved European Marine Energy Strategy. More concretely:

At the same time, at AEE we have been observing how the number of interested companies has grown exponentially. Most of the large companies in the energy sector, both national and international, have made a strong move into offshore wind power and are studying projects in different locations on the Spanish coast, waiting for regulation to allow their development. The industrial fabric of small and medium-sized companies is also positioning itself around different industrial clusters at a regional level, to participate in the demanding supply chain that large commercial offshore wind projects drive.

However, despite the initiatives presented so far, we observe that in Spain we continue with the same pending issues: