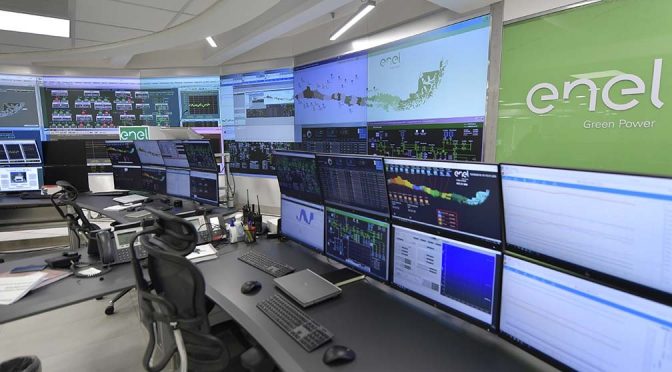 Enel Green Power has just celebrated another success in its role in developing renewable energy plants in Italy to accelerate the nation’s transition to decarbonization.

In recent days, we secured 23.1 megawatt of hydroelectric power concessions in the third Renewable Energies Sources auction organized by GSE, the Italian Energy Services Operator. The auction concerned a total of 143.8 MW aimed at the refurbishment of stations with power outputs of over 1 MW. This means that five electricity stations already in service for several decades will be upgraded as part of a repowering plan. The work will be carried out between the end of 2021 and 2023.

“Repowering is something our company has been doing for quite some time, particularly in its Italian hydroelectric power stations that, in some cases, are a hundred years old. Italy is also the only country that provides incentives for upgrading existing renewable power plants.”

The term “renewables” immediately conjures up imagines of photovoltaic systems and wind turbines. However, hydroelectricity is actually Italy’s leading renewable energy source. According to data provided by Utilitalia, in 2019, the nation’s hydroelectric stations were generating 46 TWh annually, the equivalent of 40% of the total power produced by renewables.

Thanks to innovation and digitalization, our plan will extend the lifespan of these aging power stations and improve their efficiency. Predictive maintenance tools, for instance, will allow us to extract maximum value from data from sensors installed in the stations and help prevent possible failures, among other things.

The repowering will affect five existing hydroelectric power stations in the Municipalities of Sarsina (in the Forlì-Cesena area), Palanzano (near Parma), Sanfront (Cuneo), Pietraporzio (Cuneo) and Usseglio (Turin). These are both storage stations, which use dams to control flow, and run-of-river stations, which are built on rivers.

“Enel Green Power has confirmed its standing as the leading player in the country’s energy transition and is building a bridge between the past and future of renewable energies, by injecting new life into its historic hydroelectric stations. This latest victory in the GSE auction means we will be driving forward our investment plan to make the hydroelectric stations in our fleet more efficient, ensuring they can successfully tackle the new market challenges.”

Our overall plan will see the refurbishment of more than 20 Italian stations, not all of which are hydroelectric. In the second FER auction, we were awarded 68 MW of new renewable capacity, following on from 60 MW in the first.

Altogether, the GSE’s three Italy auctions led to the approval of projects for  12 stations.