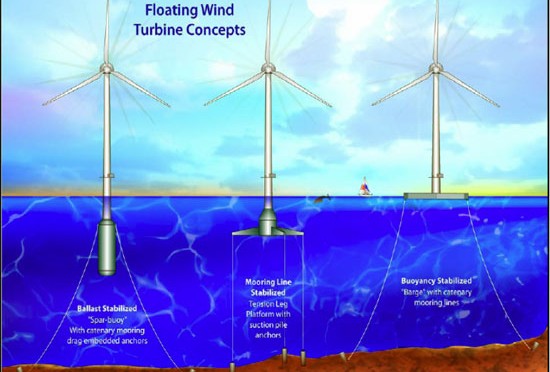 EDP ??plans to invest around 2,000 million euros in the period 2021-2025 and is committed to the development of floating offshore wind power off the coast of Asturias.

At a press conference on the occasion of the presentation of the strategic plan of the Portuguese energy company, the financial director of the group and CEO of EDP Spain, Rui Teixeira, pointed out that, of this total investment in the country, some 700 million euros were They will allocate the Networks business and most of the rest to grow in renewables, “with a small part for the Customer and Energy Management area.”

EDP ??finalized at the end of last year the agreement with Macquarie Infrastructure and Real Assets for the acquisition of Viesgo assets for 2.7 billion euros.

This operation allowed EDP to manage and consolidate the electricity distribution assets of the three distribution companies Viesgo, Begasa and E-Redes, through an alliance with Macquarie Infrastructure and Real Assets, where the Portuguese company will maintain 75.1%, and Macquarie Super Core Infrastructure Fund with 24.9%.

In this regard, Teixeira confirmed that the Viesgo brand will be maintained and indicated that those 700 million euros will be allocated to organic growth in the period of this Networks business.
50 MW floating park

Regarding the development of floating offshore wind power off the coast of Asturias, Teixeira announced that EDP is studying a “semi-industrial scale” project that could have about 50 megawatts (MW) of power, double the WindFloat Atlantic , located in the waters of Viana do Castelo (Portugal) and which has been the first project of this technology in Europe, where it has Repsol as a partner.

EDP’s CFO indicated that offshore wind, where the group is also studying a project in the Canary Islands, is “part of a strategy” for its development on the northern coast of Spain in order to “create supply chains and industrial development “of this business.

On the other hand, Teixeira confirmed that, as set out in the group’s new ‘roadmap’, which establishes the abandonment of coal production in 2025 and be completely ‘green’ in 2030, the Aboño 2 plant will stop producing in that year.

In 2020, the company already decided to accelerate the closure of its coal plants in the Iberian Peninsula for its Soto 3 plant, while the Aboño 1 plant would continue with its transformation process for the flaring of iron and steel gases by 2022, thus Aboño 2 the only one to continue producing with coal.
Alternatives for Aboño

However, EDP is already studying alternatives for Aboño beyond that 2025 horizon, since it is a “very important plant for the industrial fabric of the area”. “In the meantime we will work on different real alternatives for the site. In that time we will have a thought alternative,” said the manager.

Likewise, Teixeira also pointed out that some storage development projects are being handled for the Soto 3 Asturian thermal power plant.
China Three Gorges

On the other hand, the CEO of EDP, Miguel Stilwell d’Andrade, stated that he did not feel uncomfortable with the growth plans in renewables in Spain of China Three Gorges, a shareholder of the Portuguese energy company and that in the last year it has acquired a portfolio of about 1,000 MW in the country.

“It has its strategy and I believe that investment in Spain is within that global strategy. The main point is that there is no competition with EDP, cooperation but not competition, other than for assets that we want. They can grow, but without doing competition with us. They may want to do more, but always within this framework, “he said, warning that if the objectives of the Chinese state company were ‘pipeline’ or development then it would be to their liking.